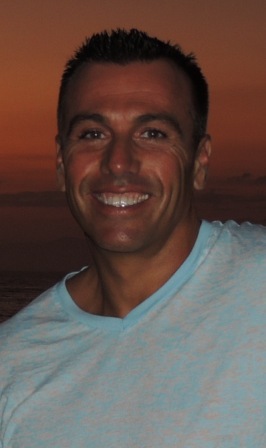 Tom Yohe, '89, former record-setting Crimson quarterback and Harvard Varsity Club Hall of Fame inductee, died last Friday, May 9th, at UCLA Medical Center in Santa Monica at the age of 46 after a brief illness. A memorial service was held Tuesday, May 13th, near Hermosa Beach, CA, where he resided with his wife Gabby. Tom is also survived by his mother, Linda, and father, Tom, his younger brother Ty, and many aunts, uncles and cousins. Tom's memorial was presided over by his good friend David Riccardi, '89, and included eulogies from several of his Harvard teammates and classmates. The service concluded with a touching video tribute, which captures the very rich and full life that Tom led, the many friends he touched, and the spirit, love, and charisma he brought to the lives of all who knew him. Tom Yohe re-wrote many of Harvard's quarterback passing records during the 1986-88 seasons, and today still remains in the Top 5 for single-season and career passing yardage. In 1987, he led the Crimson offense to an undisputed Ivy League championship and 8-2 overall record, the best record of the Joe Restic era, a season which culminated with a championship-clinching 14-10 victory over Yale in New Haven. Tom later played and coached football for several years in Europe, including Bologna, Italy and Barcelona, Spain, and subsequently had an Emmy Award-winning career in sports television production at Fox Sports, most recently serving as director and producer for sporting events such as NFL and NCAA football, MLB baseball, and NASCAR.