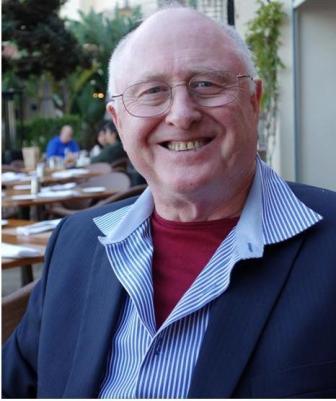 Thomas J. Stephens, Jr., born June 19, 1938 in Columbia, Mississippi, died on April 27 at his home in Manhattan Beach, Ca. due to complications from cancer, at the age of 75. He was the son of the late Dixie Lawless Stephens and the late Thomas James Stephens, Sr. He is survived by his wife, Millicent Ross-Clunis and three brothers, George P. Stephens (Melanie) of St. Rose, Louisiana, John Michael Stephens (Christine), of Torrance California, and Samuel B. Stephens of New Orleans, Louisiana. He is also survived by numerous nephews, nieces, grand nephews and nieces in California and Louisiana. Tom was reared in Kenner, Louisiana and was in the first graduating class of East Jefferson High School in 1956, graduated from LSU EE 1961 resulting in a 35 year career as engineer at TRW Space Systems Group in Redondo Beach, California developing many cutting edge technologies such as telemetry and antenna orientation on several deep space probes, notably Pioneer 10 and Mariner 7. Later he supervised development of the first GPS system. One of Tom's last projects at TRW was correcting a flaw in the IFF systems in Bradley fighting Vehicles after Gulf War 1. Tom retired from TRW in 1995 and travelled regularly worldwide, also enjoying his mountain home and snow skiing in Mammoth Lakes, California. He also closely followed his beloved Fighting Tigers of LSU, personally witnessing championships in football in 1958 as a student, then in 2003 and 2007 as a proud alum. A member of Pi Kappa Alpha Fraternity at LSU, Tom remained a loyal and proud "Pike". For years, with his wife, Millie, he watched every LSU football game at a local sports bar where Southern California alumni and fans gathered. Tom also attended a baseball championship in Omaha, Nebraska in 2009. Tom, being an adventurer at heart bought a Mariner 40' sailboat with a handful of TRW buddies in the early 70's, and each took a six month leave of absence from TRW. They sailed to the South Pacific, and then to Hawaii on their passage home. He and Millie, with dear friends coming from Germany, took vacations together for numerous years in the southwest: Arizona, New Mexico, and Utah, doing very challenging 4WDriving and camping in the depths of Canyonlands, Utah, predominantly; also enjoying the Navajo reservation and many national and state parks. Tom, so loved, will be greatly missed. Funeral services will be held at Rice Mortuary in Torrance, California at 5310 Torrance, Blvd. Torrance, CA 90503. On May 9th a viewing will be from 5:00 PM- 9:00 PM. The service takes place on May 10th at 2:00. Burial services will follow in Columbia, MS. In lieu of flowers memorial donations may be made to the LSU Foundation which supports scholarships for students at 3838 W. Lakeshore Dr., Baton Rouge, LA 70808, or to the American Cancer Society at 1-800-227-2345 or online.