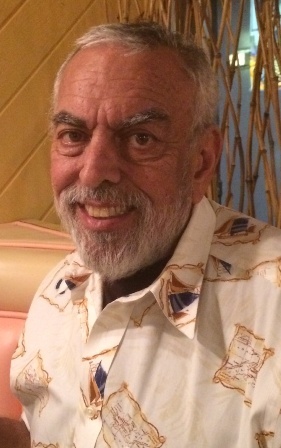 Thomas Charles Troiani of Redondo Beach, CA passed away from cancer at the age of 66 on Sunday, March 2, 2014 at Torrance Memorial Medical Center in Torrance, CA. Tom was born to Elesano "Lee" and Catherine "Kitty" Troiani on November 28, 1947 in Flushing, NY. In 1967, Tom joined the U.S. Air Force and served in the Vietnam War as an aircraft mechanic. Tom received a Bronze Star for his service in Vietnam and was relieved from active duty at the rank of Staff Sergeant in 1971. On May 27, 1972, Tom married his wife, Sherry, in Flushing, NY. In 1973, Tom was diagnosed with cancer as he was attending Bernard Baruch College and underwent experimental chemotherapy and radiation therapy. Shortly after beating cancer in 1976, Tom graduated college with his bachelors degree in business administration. Tom and Sherry moved to Sicklerville, NJ in 1977. Their adopted son, Christopher "CJ", was born on March 27, 1980. In 1982, Tom and Sherry purchased a summer home in Mystic Island, NJ. After a major car accident involving Sherry and CJ, Tom and family moved to Redondo Beach, CA in 1986 where he lived until his passing. Throughout his years in California, Tom was an entrepreneur - opening his own boat company (Crystal Boats), opening a business consulting firm (Craft Strategies) and dabbling in stem cell research (Craft Life Research Foundation). He also volunteered his services for a charitable organization and various networking groups in Los Angeles and Orange counties. Tom's hobbies included golfing, boating, camping and motorcycling. Tom was survived by his wife, Sherry Troiani; his son, Christopher "CJ" Troiani, and his spouse, Tasha Serchia-Troiani; his grandson, Aiden Troiani; and numerous nieces, nephews and friends. All services will be held at Rice Mortuary, 5310 Torrance Blvd, Torrance, CA 90503. A viewing will be held on Thursday, March 6, 2014 at 6 pm - 8 pm. The memorial service will be held on Friday, March 7, 2014 at 10 am which will be immediately followed by a reception at 11 am - 1 pm. Tom will be cremated and buried at Pacific Crest Cemetery in Redondo Beach, CA.