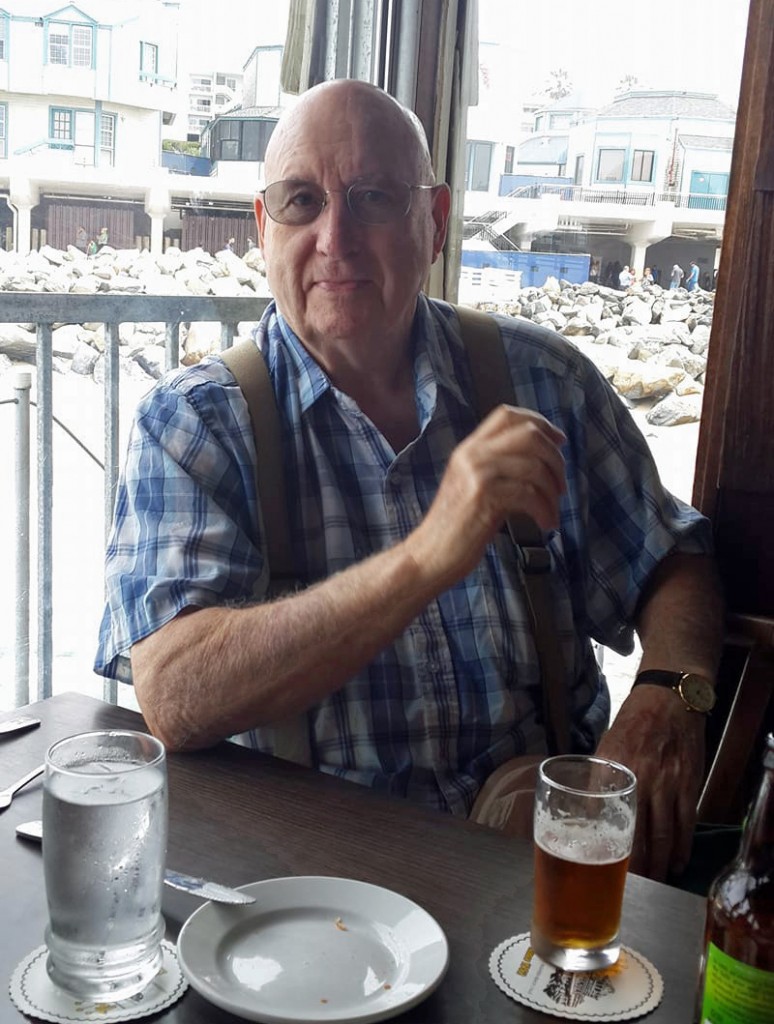 Born an Englishman, died an American Thomas Charles Elkin (Tom) a long time residence of Redondo Beach passed away at home on January 14, 2019 at the age of 84. Born April 15, 1934, in Doncaster, Yorkshire, England, the second to youngest child of 7 children, Tom grew up in Northern England during WW2. During the Blitz, he remembered carrying a gas mask to school each day and running to the bomb shelters when the sirens went off at night. As a young man he had many different jobs, coal miner, double decker bus driver, scrap metal distributor, painter, cement delivery man, and door to door vacuum cleaner salesman. At the age of 19, he joined the UK Royal Airforce and was stationed in Germany. This began his lifelong passion for aviation and travel. He would eventually get his pilot’s license, flight engineers license and airplane mechanics and inspectors licenses. After 3 years in the UK Royal Airforce, he started his aviation career back in England. He married his wife Helena in 1964. In 1966, with his wife and baby daughter, Sharon in tow, the family moved to Ndola, Zambia on the continent of Africa for a job working as foreman for Zambian Air Cargo. In 1969, he moved his family to Alaska to work for Alaska International as Assistant Director of Maintenance, he often flew with the plane as flight engineer/mechanic. Then in 1973, he moved briefly to California, with his now family of 4, including son Joseph. It was during this 2 month time in Redondo Beach that he found where he wanted to make his forever home, but there was to be a few side trips before his dream was to be realized. Tom moved the family to Puerto Rico to work for Air Indies for just over a year. The next move was to be to Pakistan for 3 years to work for Marathon Oil, as Chief of Maintenance for two-engine planes. But, after settling in, there was a military overthrow of the government of Pakistan, so they had to escape the country in the middle of the night. The family then found safe ground in Miami, Florida, where his family lived for just under a year, while Tom travelled back and forth from Miami to Brazil, where he organized the salvaging of a crashed jet airliner out of the Brazilian rainforest. The next stop was back to Redondo Beach, where he built his house and thought he would live the rest of his days, but there were more detours to come. After becoming an American citizen in 1980 and a short lived career in Real Estate, Tom accepted a position in Tokyo, Japan as Director of Maintenance for all of Asia for Northwest Orient Airline, and he travelled continually between Singapore, Hong Kong, the Philippines, Thailand, Taiwan, South Korea, Malaysia and he opened up the airport for Northwest in Shanghai, China. After 5 years in Tokyo, Tom again returned to his home in Redondo Beach, still working with Northwest Orient in another position for about 6 months. The children were now grown, so Tom took his wife with him while he worked in Miami for 6 months and then to New York for 6 months. Then returned back to his home in California and bought a Carpet Cleaning business, which he ran for about a year, and had contracts with Princess Cruises Lines, cleaning the ships carpets when the ships were in dock in San Pedro and Seattle. He missed his passion, which was airplanes, so his wife took over the Carpet Cleaning business, and Tom bought a small airplane repair business at Chino Airport. He shared a hanger with another business and was well respected by all his customers who brought their one and two engine airplanes in for repair. He ran this business for 13 years, and at the age of 65, he and his wife made the decision to sell both businesses, and take time to travel now that they were both retired. They packed up their home for the 3rd time and travelled extensively around the country in their motorhome, visiting every state. But, each summer they would fly back to England and pick one additional country in Europe to visit in their travel trailer that was stored in England. They would spend a month traveling and touring in each country they visited. Over the years they explored France, Belgium, Spain, Germany, Denmark, Switzerland, Ireland, Scotland, Wales and Italy. Then after 5 years, Tom decided to move back in his home in Redondo Beach, but still continued to make shorter trips in the motorhome and through Europe. Over the years, Tom also travelled to Australia, Portugal, Zimbabwe, Tanzania and Greece, to name a few, and was always researching new places to explore. The only thing he loved more than airplanes and travel was his family. Tom leaves his wife of 54 years, Helena, his daughter Sharon (husband Steve Rudometkin), his son Joseph (wife Karrie), his grandchildren, Joey Elkin (wife Jessie), Alec Rudometkin and Elizabeth Elkin, his great grandchildren, Joseph Nash, Elliana, Isabella and Josephine, his sister Betty and many nieces and nephews. He was preceded in death by his parents, Joseph and Jean Elkin, his brothers Joe and Leslie, sisters Olive and Josey, and his beloved sister Joan.