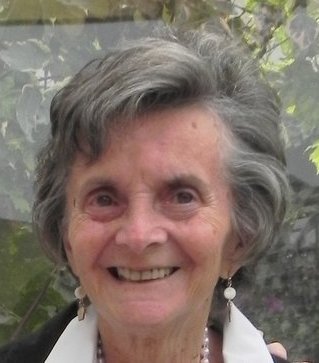 Theresia Thompson, nee Hafner, was born in the small Hungarian village of Szakadat on March 13, 1931. Displaced after World War II, Theresia married John Reviczky in a Hammelburg, Germany refugee camp. There she gave birth to two children, Julius and Maria. Thanks to Catholic War Relief Services, the family along with her mother, Theresia, immigrated to the United States, ultimately settling in the Los Angeles area in 1952. She gave birth to a second daughter, Anita, two years later. Theresia divorced John in 1967 and found her soul mate Larry in 1969; they married later that same year. The marriage added to the family, two more daughters and a son from Larry's prior marriage. A long time resident of Hermosa Beach, Theresia endured great hardships in her life but she never let this harden her heart or dampen her spirit. She was also known to be an incredibly courageous woman. She will be remembered for her beautiful smile and compassion for those around her. Theresia particularly sought out and embraced recent immigrants to the United States, remembering how difficult the adjustment was for her those many years ago. Though her faith was tested many times, she remained true to her beliefs. Theresia passed from this life November 30 and is survived by her mother, Theresia Hafner (age 100); her children, Julius (JR) Reviczky, Maria Cracknell, Anita Reviczky Stoddard, Model Jaquez, Star Ashford, and Lance Thompson; 12 grandchildren and 7 great grandchildren. Her husband, Larry, preceded her in death earlier in the year. Visitation will be held at White and Day in Manhattan Beach from 2:00 to 4:00 pm on December 6. A rosary will follow that evening at 7:00 pm at American Martyrs Church. The funeral mass will be held on December 7 at 10:00 am at American Martyrs with reception to follow.