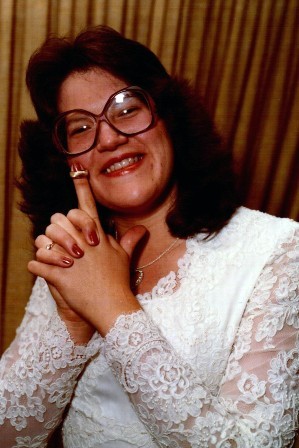 Theresa Ann "Teri" (Plummer) Ittner Theresa Ann "Teri" (Plummer) Ittner, age 60, passed away peacefully after a prolonged illness on Tuesday, February 21, 2017 at Providence Little Company of Mary Medical Center in Torrance. She was born April 28, 1956 in Santa Monica to the late Lawrence and Margaret (Cahill) Plummer. A graduate of North High School and El Camino College, Teri was an active volunteer with the Boy Scouts of America and the West High School Entertainment Unit. Teri was a lover of nature and was a member of several wildlife organizations. One of her favorite hobbies was feeding the birds and squirrels in her backyard. She is survived by her husband of 37 years Mark Ittner; one son Dennis (Meagan) Ittner of Torrance; brother Kevin (Michelle) Plummer of Aliso Viejo and many nieces, nephews, and cousins. Funeral services will be conducted at 10:00 AM on Monday, March 13, 2017 at Saint James Catholic Church in Redondo Beach with Msgr. Michael Meyers officiating. Interment will follow immediately after at Holy Cross Catholic Cemetery in Culver City. In lieu of flowers, donations may be made in her name to the American Diabetes Association, PO Box 15829, Arlington, VA 22215.