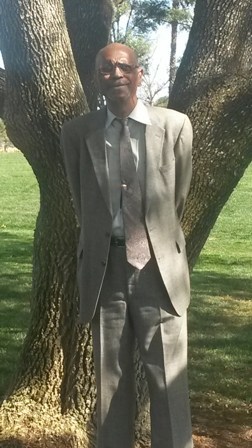 Thaddeus Lee Carmon was born on November 12th, 1940, in St.Louis Missouri. His parents were Diamon Sr. and Clara Carmon. Thaddeus was one of six children three brothers and two sisters. Hozie (deceased), Diamon jr., Don(deceased) , MaryHelen(deceased) and Wanda. In 1950, ten years after Thaddeus was born, the family moved to Long Beach, California. There, they were among other family members, that had been living in Long Beach, by the time they arrived. Because of the hard work ethics of Diamon Sr. and Clara, the family flourished. These same ethics, were imparted upon each of their children over the years. By the time Thaddeus reached High school, He and others, realized that he had a gift, and that being a beautiful singing voice. He went on to record a couple of singles that actually made their way to the airwaves for all to hear, via a local radio station. That led to a live performance on local television station. It was said that, he was asked to be a member of the world famous music group, "War". It was around this time in his life, near the end of high school, that he met, courted and eventually married a young Lela Williams. Theirs was a marriage that went on to produce two son's, Jeffrey and Troy. Thaddeus was a proud father of two boys. During their summer vacation time away from school, Thaddeus, a serious, focused and talented brick layer, would take his boys to work with him, in an attempt to instill in them, the same hard work ethics his father taught him. Sometime later, when he and Lela divorced, Thaddeus took it hard, but continued to work up and until an accident on the job, brought his career to an abrupt end. This was around the time when Thaddeus met Mary Hawkins, his love for the remaining 43 years of his life. Mary and her two daughters, Liz and Oddra, brought Thaddeus a new joy and a lease on life. It's true that, if anyone had asked him, he would have told them that he had four children. Jeffrey, Troy, Liz and last but not least, Oddra... It should also be noted that Thaddeus was a cheerful grandfather too, He had a total of 5 grandchildren, and they are as follows: Derek, Kaela, Alex, Tre' and Airica. and then their are 6 great grandchildren that he was just getting to know. He would light up whenever any of them were around him, then he would talk about them for days after their visits. Mary and Thaddeus were inseparable during their time together... If you saw one, you saw the other. Mary understood Thaddeus and Thaddeus understood Mary. They got along well, rarely if at all, were they ever at odds. Thaddeus and Mary were good to and for each other, all the way up and until to the end. He would sing to her, and he would tell her all about his childhood friends and memories. Thaddeus would often tell Mary, that he wanted to return to work, unfortunately for the brick laying community, he was never able to recover from that two story fall, that led to the end of his career in brick masonry. Although Thaddeus was unable to return to work because of his injuries, it never stopped him from thinking about the day when his health would allow him to return. His work, can be seen all over Southern California, to this very day, if you know where to look. Thaddeus, in the last years of his life, would spend his time studying things that appealed to him. He was interested in everything from, World History to Politics, to Ancient Discoveries, as well as his interest in Religion, and the Bible. He had an extensive library which contained many wonderful books on just about any subject. He was a well read man. His favorite sports team was the Oakland Raiders. He also enjoyed good music and western movies. Their is so much more to this story, just not enough time to tell it all. Thaddeus is survived by Mary Hawikns, as well as his two remaining siblings, Diamon Carmon Jr. and Wanda Norman, His two son's, Jeffrey and Troy, His step daughters, Liz and Oddra, And let's not forget, all of his grand and great grandchildren. Our family would like to thank everyone, for your prayers, and many acts of kindness shown to us during this difficult time. Your thoughtfulness is deeply appreciated, and will always be remembered .