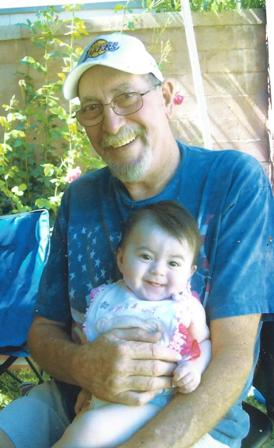 Terry Lee Latham, a 66 year resident of Gardena, passed away on Wednesday, March 20, 2013. Born in Compton, CA, Terry was 66 when he died. He graduated from Gardena High School in 1965. Terry had served in the Navy during the Vietnam War from 1965 to1968. During his life he was an auto part warehouseman manager and a dialysis technician. Terry enjoyed music, NCIS and Jeopardy. His leisure time was spent running remote control cars and bowling. He coached Little League for the City of Gardena with his boys and was a fan of the Lakers and Dodgers. Terry was generous and loved his family more than anything. Terry is survived by wife Chantal Latham of Gardena, CA; four sons Terry Latham Jr., Blaine Latham, Kevin Latham and Christopher Latham; grandchildren Joshua, Brittney, Brandon, Madelyn, Evelyn and Leon Latham; great grandchildren Chris, Mike, Timmy; Step daughters Christine and Stephanie Lau; brother Richard Latham; and sister Connie Latham. He was preceded in death by parents, Delores and Harry Latham. The Service will be held at Rice Mortuary on Sunday April 7, 2013 at 2:00 pm. A reception will follow in Rice's Lighthouse Reception Room until 5:00 pm.