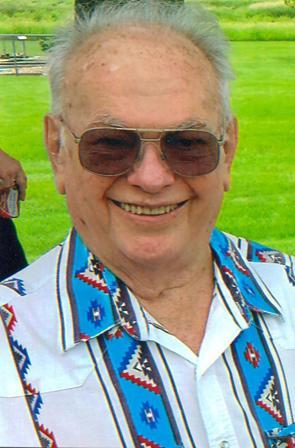 Teddy Mac (Ted) Jones July 12, 1929 - June 23, 2014 Ted was the beloved husband of Judy: father to Jeff (Cindy), Jennifer (Daniel), Linda (Dave) and Shane (Kristin); grandfather to Alicia, Johanna, Anna Sophia and Kyle; and uncle to many nieces and nephews. Ted was born in Knoxville, Iowa and relocated to Torrance, CA in 1961. He was preceded in death by his mother, Anna; father, Harold; brother Earnest; and sisters Dorothy May, Margie and Arlene. Ted's family came first followed by his love of country. Ted worked in Aerospace 35 years as an Electrical Engineer. He was passionate about shooting sports. His perpetual sense of humor always drew a laugh. A Celebration of life will be held at 10 a.m. July 12, 2014 at Rice Mortuary 5310 Torrance Blvd. Torrance CA. In lieu of flowers, donations can be made to the Salvation Army at 4223 Emerald St. Torrance, Ca. 90503. He'd want to be remembered for doing the right thing and sticking to it whether popular or not.