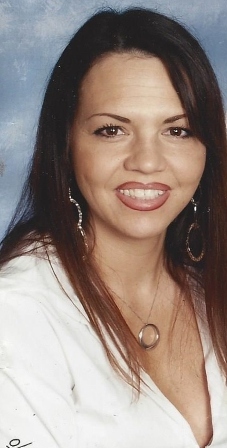 Tamara Sola-Lloyd, a 12 year resident of Fontana, passed away on Tuesday, March 11, 2014 in Orange, California at the age of 46 due to complications stemming from cancer. She was born in Torrance, California on March 14, 1967. Tamara grew up in Carson and attended Banning High. She loved spending her free time outdoors with those closest to her. Tamara made it a point to provide love and compassion for family and friends around her, old and new. She is deeply loved and will be missed dearly. Tamara was a beloved wife, mother, sister, aunt, godmother and friend. She is survived by husband Joseph Lloyd ; son Nick; daughters Alexis, Ashley and Adison; sisters Tina and Patricia; and brothers David, Ricky, Jimmy and John. She was preceded in death by her mother Carol Sola; father Jaime Sola; and daughter Alyssa Fleming. A gathering of family and friends will be held at Lighthouse Memorials in Gardena on Friday March 21, 2014 from 5:00 pm until 8:00 pm. The Memorial service will be held on Saturday March 22 at the same location at 11:00am with a reception immediately following. Burial will be private.