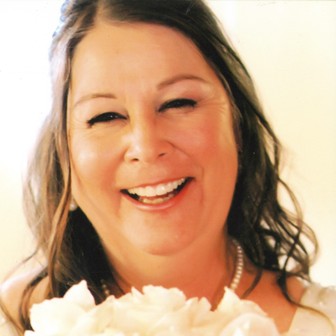 Susan Ann Coony, wife, mother, grandmother, sister, friend and life-long care-giver, died on Friday, January 5, of complications due to flu and pneumonia. Sue was born in Newcastle, Wyoming on July 7, 1951 to Grace Thorson Brown and Marshall Taylor Brown. In 1964, the family moved to Hermosa Beach and purchased a home on 14th Street which, eventually, became Sue’s home and where she lived happily until her death. After graduating from high school, Sue completed an Associate Degree at El Camino Community College and a BS in Nursing from CSU at Dominguez Hills. Her professional career began at the South Bay Hospital as a Floor Nurse and, then, Manager of Post Cardiac Care. Within three years, she was promoted to Director, Outpatient Safety, where she was recognized as a leader in patient safety and advocacy. In 1992, Sue joined the South Bay Family Medical Group, as Director, Administration. She retired, in 1997, after more than 20 years in healthcare. In retirement, Sue dedicated much of her time to caring for family members. She loved to travel and was particularly fond of the annual Alaskan cruise she took with her beloved husband, Pete. She was active in the Los Angeles Chapter of the Daughters of the American Revolution (DAR) serving as membership coordinator and special liaison to the Veterans Administration. Sue was passionate about genealogy, was a voracious reader, and found great joy in painting, drawing and other artistic endeavors - but, what Sue cherished most of all, was the time she spent with her granddaughters, Jane and Macy. Sue was selfless, caring, compassionate, positive, an eternal optimist, who saw the best in everyone and every situation. She will be deeply missed. Sue is survived by her husband, Pete Coony, her three children, Angela Pendlebury, Mars Brownsen, and Chris Pearson, her four grandchildren, Tyler and Jamie Pendlebury, and Jane and Macy Brownsen, and her brother, Steve Brown. Family and friends are invited to attend a Funeral Mass on February 2, at 10:00 a.m., at Our Lady of Guadalupe Church, 244 Prospect Avenue, Hermosa Beach, followed by a celebration of life reception at the Chart House, 231 Yacht Club Way, Redondo Beach. In lieu of flowers, it is suggested that donations be made to the Catalina Island Conservancy.