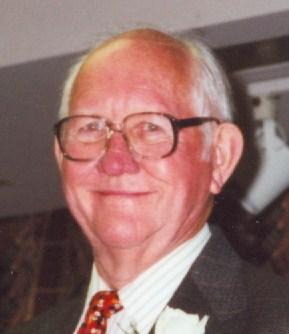 Stuart G. Smith, a lifelong resident of Torrance, went home to be with the Lord on Friday, May 18, 2012. Born in Lennox, CA, he was a graduate of Torrance High School and served in the US Navy in the Pacific Area during World War ll. He attended BIOLA College in Los Angeles and was a member of the first graduating class of Talbot Theological Seminary. He served in the ministry for over 30 years and retired after a career with the US Postal Service. Stuart is survived by his wife of 61 years, Franceen Smith of Torrance, CA; daughter Sherryl (Larry) Shaw of Granada Hills, CA; daughter, Karen (Dennis) Larkin of Fontana, CA; son Brian Smith of Bainbridge Island, WA; brother, Nathan (Ann) Smith of Culver City, CA; 5 grandchildren; and 9 great grandchildren. He was preceded in death by his parents, Nathan and Ruby Smith, his brother Gordon (Suzi) Smith and his son Bruce Smith. He will be missed by all of us and all who knew him. A memorial service will be held at Rice Mortuary in Torrance on Saturday, May 26, 2012 at 10:00 a.m. followed by a reception in the Lighthouse Room until 2:00 pm. In lieu of flowers, donations may be made in care of the First Baptist Church of Torrance for the Doors of Hope Women's Ministry in San Pedro.