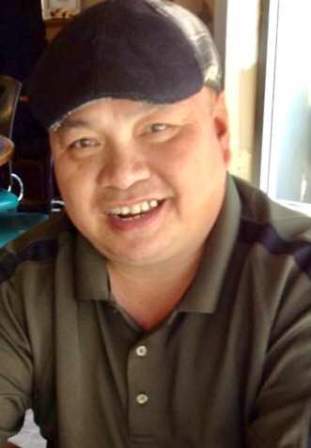 Steven Arenas Inonog, a 32 year resident of Gardena, CA, passed away on Sunday, October 16, 2016 in Gardena, CA. Born in Manila, Philippines, Steven was 49 when he died. Steven loved to venture and discover the world. He was treasured by his friends because of his sense of humor and loyalty. Steven is survived by daughter Stephanie Inonog; mother Soledad Santos Arenas; sisters Suzanne Felix, Shirley Floresca, Sally Inonog, and Sophia Boulanger and brothers Socrates Inonog, Jr. and Samuel Inonog. Steven is also survived by his half-sisters Marichelle Daywalt and Susan Inonog. He was preceded in death by his father Socrates Zaldivar Inonog and by his sister Sandra Inonog. A gathering of family and friends will be held on Tuesday, October 25, 2016 at Lighthouse Memorials & Receptions, Gardena, CA from 5:00 pm until 7:00pm with the Service beginning at 7:00 pm. A reception follows in Lighthouse's Reception Room until 10:00 pm.