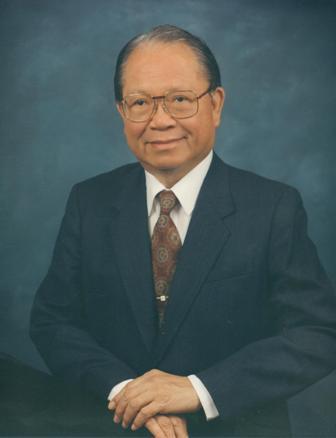 Steve C. K. Liu, M.D. August 16, 1920 ~ February 5, 2014 Steve C. K. Liu, M.D., a distinguished and internationally recognized cardiologist who dedicated his life to the pursuit of excellence in medicine, died peacefully in his home in Palos Verdes Estates, California, at the age of 93. He leaves an important legacy in the field of cardiology through his knowledge, skill and compassion for others. Steve was born in China to parents Bhuk Fun and Oi To Lau. After immigrating to the United States, Dr. Liu began his medical career in 1949 as a postgraduate physician and researcher in hematology at Stanford University. He went on to pioneer cardiac catheterization techniques at the University of Chicago School of Medicine and was co-developer of an electronic device that was instrumental in the ability of cardiologists to record bilateral heart sounds and pressures. In Los Angeles, he was appointed the first chief of the division of cardiology at Harbor-UCLA Medical Center in 1958, later serving as a professor of medicine. In 1959, Dr. Liu affiliated with Little Company of Mary Hospital in Torrance, California, a relationship spanning 41 years. He served as director of cardiology from 1970 to 1988. Dr. Liu developed a research laboratory on the hospital campus, perfecting innovative cardiovascular techniques and training others in the art of catheterization. It was at Little Company of Mary Hospital where his foresight, determination and leadership in the field of cardiology matched his faith and belief in the mission of the Little Company of Mary Sisters to "make visible the healing presence of Jesus." In 1975, Steve and his beloved wife Milly, also a physician, led a medical mercy team from Little Company of Mary Hospital to the Chinese mainland, significantly advancing cardiac care. Dr. Liu was not only generous with his time and talent as a physician and medical missionary; he was also generous with his treasure. In 2007, in recognition of his legacy in the field of cardiology, Little Company of Mary Hospital dedicated the Steve C. K. Liu, M.D., Cardiology Unit in the Hannon Tower. Steve is survived by his daughter Patricia, son Richard, daughter-in-law Cathy, grandson Jonathan and granddaughter Gloriana. His parents and his wife Milly preceded him in death. Visitation and viewing will be held on Wednesday, February 19 from 5 to 8 p.m. at Rice Mortuary Funeral Home in Torrance. All are welcome to attend the celebration of Steve's life on Thursday, February 20 at 7:30 p.m. at the Bread of Life Church in Torrance. (A private interment will precede the memorial service.) In lieu of flowers, the family requests donations be made to: Providence Little Company of Mary Foundation, Dr. Steve Liu Memorial Fund, 4101 Torrance Blvd., Torrance, CA 90503 or online at www.plcmfoundation.org (contact: Marlene Young at 310.303.5344) or Bread of Life Church, 2780 Lomita Blvd., Torrance, CA 90505 (attention: Wilson Lee).