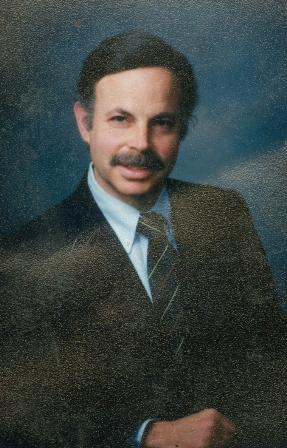 Stephen H. Greenberg, MD October 25, 1944 – May 17, 2012 Stephen was born in Los Angeles, CA, son of Alvin Greenberg, MD and his wife Madelyn. As a small child always said he "wanted to become a Doctor." Steve attended UCLA where he was accepted to Medical School while in his 3rd year of pre-med. He graduated in 1969 and completed his Internships at USC Medical Center. From 1970-1972 he served his Military duty in Lawton, OK at an Indian Hospital where he enjoyed helping the Indians. He met his wife Tina in 1968 while he was a Medical Student and she was a Student Nurse. After dating for 3 years they were married in 1971 in Bel-Air, CA. They returned to LA after completing his military obligation where he began his residency at UCLA receiving his degrees in Radiation Oncology and Physics. In 1975 he began practicing Radiation Oncology at Cedars-Sinai Medical Center. He became the associate Director of the Department of Radiation Oncology at Cedars-Sinai Comprehensive Cancer Center for 23 years. Stephen loved his work and all the professionals and staff at Cedars. He often said working with such wonderful people made going to work a joy each day. Helping people is what fulfilled him. He treated everyone with kindness and respect. He shared his knowledge without ego or any agenda always in an effort to help. In July 1998 Steve suffered a disabling stroke and he was no longer able to practice medicine. For many years after, with great courage and grace he struggled valiantly working toward recovery so that he might return to what he loved most, caring for his patients. He was truly a beautiful man with a beautiful mind and a beautiful heart. His generosity of love, kindness, knowledge and spirit taught us that one person can make a difference. We find comfort in knowing his goodness lives on in the lives he saved and the hearts he touched. The world is a better place because he was in it. He is survived by his wife of 41 years, Tina. We shared a wonderful 44 years together. He truly was the wind beneath my wings. He always made me feel as if I was better than I really was. In my entire life I have never met a finer human being and I had the great fortune to be married to him. For me, there will never be another you. In lieu of flowers, Steve's wife requests that charitable gifts be directed to: The Samuel Oschin Comprehensive Cancer Institute at Cedars-Sinai Medical Center. Funds will be directed to the Radiation Oncology Fund to support Dr. Michele Burnison's research activities in Steve's memory. Gifts may also be made online at www.cedars-sinai.edu/Giving or mailed (with "In Memory of Stephen H. Greenberg, MD" noted) to the following address: Cedars-Sinai Medical Center, Community Relations and Development/Development Services 8700 Beverly Blvd., Suite 2416 Los Angeles, CA 90048 Or In memory of Stephen H. Greenberg, MD with appreciation of Selwyn Blifer, MD, Stephen's wonderful physician and friend: Cardio-vascular Research Foundation 414 North Camden Drive, Suite 1100 Beverly Hills, CA 90210. To send condolences or share a memory, contact Tina: PO Box 2796 Palos Verdes Peninsula, CA 90274