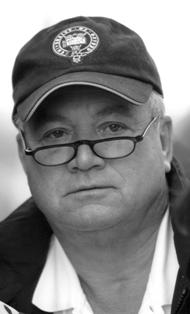 Longtime Hermosa Beach resident and recent City Council candidate Steve Powers died on Sunday after a long battle with lung disease. Steve was born in 1948 in Omaha, Nebraska, the second of nine children. He retired in 2009 after an illustrious career in the department store industry. Steve was a classic American self-made man, starting work at age 14 as a stock boy at the J.L. Brandeis department store in Omaha. Without a college education and after 40 years of hard work, he rose to Executive Vice President of the May Company and then became President and CEO of Koret Sportswear. Steve is survived by his wife, Amy and their cat Murphy; his son Shane and grandson Boston; and daughter, Heather and her husband Tim Safieh, along with seven sisters and brothers and 45 nieces and nephews. A memorial service for Steve will be held on Tuesday, March 27 at 6:30 pm, at Rice Mortuary, 5310 Torrance Blvd. A reception follows in Rice's Lighthouse Reception Room until 9:30 pm.