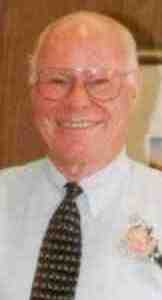 Stephen A. Ferdinand, beloved husband, father and grandfather passed away on May 11, 2012 at his home in Hawthorne, CA. Born in San Diego, CA on October 26, 1931, he served in the Navy before settling in Hawthorne in 1955. A 56 year resident of the Holy Glen district, Steve was a prominent leader in the local youth activities in the 1960's. He served as President of the Wiseburn Little League and as an officer of the Hawthorne Middle League baseball. Another of Steve's passions was travel. He visited China, Australia, and the Caribbean, in addition to extensive travel throughout Europe. Steve is survived by his wife of 60 years, Joan; his children Steve, Scott and Kathy and grandchildren Mike, Dennis, Cori, Jared and Matt. A celebration of his life will be held at White and Day Mortuary in Manhattan Beach on June 2 at 11:00 am. The family would also like to thank the staff members of the Vitas Hospice for their compassion and support while he was in their care. Memorial contributions may be made to the National Pancreatic Cancer Foundation.