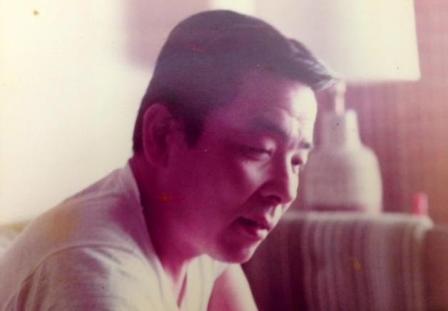 Stanley T. Hayashida, 85, of Torrance, died March 31, 2014. He was born November 23, 1928 on Lanai, Hawaii, in the birth line of twelve children. Stanley served in the U.S. Army from 1954-1956, before marrying the late Eleanor C. Hayashida in 1956, after which they lived in Minnesota, and Gardena, before calling Torrance their home of 52 years. He was the best son, brother, husband, and father. He was "green" before "being green" was invented, always put others above himself, and he made a mean teriyaki. Stanley is survived by three children: Karen Redwine of Moreno Valley; Dale T. Hayashida of Torrance; and Jo Ann Hudson of Allen, Texas. He is also survived by six grandchildren; five great-grandchildren; one great-great grandchild; and siblings Larry Hayashida, Margaret Sakamoto, Evelyn Otani, Peggy Nack, Bea Novotny, Sam Hayashida, and Diane Wiik. A private burial was held Monday at Holy Cross Cemetery.