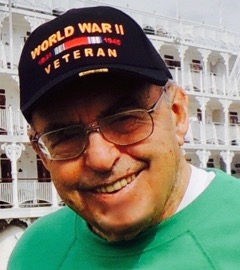 Stan Dunn went to eternal rest wrapped in his USC blanket on December 29, 2017 after suffering six years with Alzheimers. Born September 9, 1927 to Cora Frentz and John C. Dunn in Hermosa Beach, Stan was a lifelong resident of the beach cities except for short stints in Mammoth Lakes and his last six months in Punta Banda, Mexico. His life is most noted for continuous community service to many South Bay organizations including Torrance Unified Schools, El Camino College and the American Legion. Stan was valedictorian of Redondo Union High School in 1945, enlisting in the US Navy for several years though it was the war’s end. He then attended what is now UC Santa Barbara and Hastings School of Law, where he received the prestigious Order of the Coif and a law degree. But when the Korean War broke out, he enlisted in the US Army and served in Hokkaido, Japan, where he did legal work for soldiers and learned to ski; it was his favorite hobby. Under a new GI bill, he attended USC to study accounting, but one course short for graduation, he accepted a position in San Francisco as a research attorney for an appellate court judge for two years. It was here he met his first wife of 30 years, Marlene. After he accepted a job with a large downtown law firm, they returned to Hollywood Riviera to raise their four children. Stan’s father owned and operated the oldest family-owned printing company and bindery in California, and when he passed at an early age, Stan and brother Jack took over and ran it for another 50 years until closing. During this time, Stan embarked on a life of community service, serving on the South Bay Bank Board for 25 years, the Torrance Unified School Board for 12 years, and the El Camino College Board of Trustees for 10 years, resigning the latter position so his successor could be appointed not elected, thus saving the school board $500,000. Immediately he then founded the now very successful El Camino College Foundation, serving as President for several years and raising money for the college’s unfunded projects. In April 2012 the college honored him for 28 years of service, and a plaque is dedicated to him in the Marsee Auditorium, as well as one at Torrance Beach for his early work in saving the area from condo development. He was also active in the American Legion, working on Boys’ State, a program to teach promising high school boys how state government works. For over 55 years, Stan donated one week a year in Sacramento to help run the program, and served on The American Legion California Boys State Foundation for many years. He also belonged to the Redondo Beach Elks Club for over 60 years. Stan was an active outdoorsman all his life and fostered the love of nature in his children and his friends. He enjoyed skiing and biking until he was 80. Active in Sierra Club, he enjoyed hiking, even after a memorable ascent of Mt. Whitney for his 60th birthday when he forgot to hang his pack and a bear enjoyed all of his food. He loved fishing and took many exciting trips with his sons and son-in-law to remote areas of Mexico and Alaska, coming home to tell adventurous stories of catching marlin and crossing paths with a hungry Grizzly Bear. He traveled to Australia, New Zealand, Nova Scotia, Canada, Ireland and Mexico many times with friends. He was passionate about Irish music and his heritage, and his great love for Trojan football was passed along to his children and shared with his stepchildren. He and his second wife Linda Brown spent many wonderful years skiing, traveling, rooting for USC, drinking wine with the Northrop Grumman Wine Club and maintaining a very active life despite Stan suffering from progressive Alzheimer’s beginning in 2012. They traveled to Europe, South America, Machu Picchu and China, and enjoyed exploring American history with Linda’s grandkids as well as timeshares in Cancun, Curacao, and Cabo. He treasured John Wayne movies and celebrated his 80th birthday by renting out the Wild Goose yacht in Newport to host his family and friends. Stan always loved the beach, and spent his last six months living on the beach in Mexico. Stan joins his sister Margot Skilling and brother Jack Dunn and all his family that have ascended into the loving hands of God. He is survived by his loving wife Linda, his four children Terry Bateman (John), Bob Dunn (Maria), JA Dunn, and Michael Dunn (Kristen); seven grandkids Brett Bateman (Courtney) and Breanna Bateman; Alex, Stephanie and John Dunn; Jacklyn and Natalee Dunn), two great grandkids Josephine and Brendan Bateman; four stepchildren Lisa Johnson, David Brown (Deborah), Stephen Brown (Tara), and Michael Brown (Sarah); and six step grandkids Justin Conway (Stephanie), Lydia Johnson, Brooke and Breanna Brown, Ellie and Owen Brown. Funeral Mass will be held 10am on 1/27/18 at American Martyrs Church in Manhattan Beach, with reception to follow in O’Donnell Hall. In lieu of flowers, please make a donation to the El Camino College Foundation.