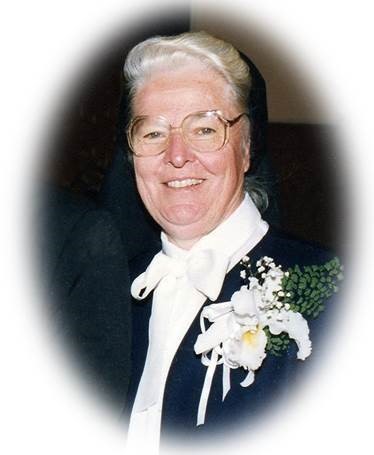 Sr. Mary Irene Flanagan, C.S.J. age 88, passed away on Monday, September 19, 2016 in Los Angeles, CA. Born May 25, 1928 in Los Angeles California, a Sister of St. Joseph of Carondelet since August 15, 1947. Sister Mary Irene said she always knew she wanted to enter into God's service. Two years after finishing high school she entered the community of the Sisters of St. Joseph and went on to earn a Master's degree in early childhood development. She eventually took a teaching position at Mt. St. Mary's College where she trained teachers to educate young children in the Los Angeles city schools, a job she dearly loved. In 1983 she assumed a post at the Los Angeles Archdiocese of Education. Under the direction of Monsignor John Barry, she created and managed a program to prepare catechists to teach religious education at every level-- pre-school to adult. Sister Mary Irene created a ground breaking program geared specifically for 3-year-olds, called "Me at Three". She wrote several books on early childhood ministry, which were a huge success, and she travelled across the United States and Canada giving workshops. Sister Mary Irene was later asked by Monsignor Barry to come to American Martyrs to develop and nurture the small Sunday pre-school program in place at the time. Over the years the program has grown from two teachers and ten students to as many as 50 teachers and 350 children. Sister was very close to her family. She cooked many dinners for them over the years and they all treasured these gatherings. To her family she was "Auntie Sister." Sister Mary Irene touched many lives and has many friends who will miss her big heart and generous spirit. Sister is preceded in death by her brother Joseph Flanagan and her sister Patricia Von Stuck and is survived by her brother James Flanagan. She is survived by her nephews Joseph and Timothy Flanagan, nieces Colleen Donatucci and Erin Brown and five grandnieces and six grandnephews. A Service of Remembrance will be held Monday, October 3, 2016 at 4:30PM with Funeral Liturgy at 6:30PM both at Carondelet Center in Los Angeles. A Funeral Mass will be offered on Tuesday, October 4, 2016 at 7PM at American Martyrs Church, Manhattan Beach with a reception to follow. Graveside services will be held Wednesday, October 5, 2016 at 10:00AM at Holy Cross Cemetery in Culver City, CA. Donations in memory of Sister Mary Irene Flanagan may be sent to: Sisters of St. Joseph of Carondelet, 11999 Chalon Road, Los Angeles, CA 90049.