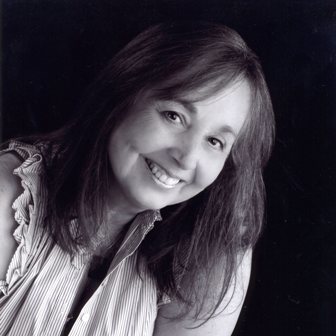 Sonia Mayela Mora Nichols passed away peacefully from brain cancer Thursday Evening August 11, 2016 at her home in Hermosa Beach, California surrounded by her family and friends. Sonia was born August 20, 1952 in San Jose, Costa Rica to Edwin Mora Sanchez and Rosita Ahronne Artavia. Sonia immigrated with her family to California in March of 1957, returned to Costa Rica where her brother Ricardo was born and she had her first communion. She attended first grade in Costa Rica before returning to California where her family eventually settled in Lawndale, California. Sonia met her husband Fred Nichols in 1971 at El Camino College. They were married the following July at Saint Anthony's of Padua in Gardena, California where they resided until moving to Hermosa Beach in 1979. Sonia graduated from Lawndale High School, El Camino College, California State University Dominguez Hills, and earned her Master's degree at California State University Long Beach. Sonia did post-graduate work at Duke University and UCLA. She had a long career working at UCLA and Pacific Bell (ATT). She also taught courses at El Camino College and Antioch University. Upon retiring from ATT Sonia and Fred had a consulting business where she worked until 2015 on behalf of clients throughout the United States and Canada. Sonia was an accomplished and published photographer. Some of her work was featured as a one woman show and in various galleries. Sonia is survived by her husband of 44 years, Frederick Nichols, her two sons Adrian Nichols of Torrance and Ian Nichols of Hermosa Beach, her grandsons Jackson, Mason and Cooper Nichols and Adrian's wife Lisa (Bartik) Nichols. Sonia is survived by her Mother Rosita Ahronne, of Lawndale, her brothers Edwin E. Mora of Redondo Beach, Ricardo A. Mora of Napa, her sister Lilli M. (Mora) Murphy of Redondo Beach and their families. She is also survived, her Uncle Jorge and Aunt Zaida Esquivel of Fontana, her Uncle Gonzalo "Chico" Moraga-Miranda of Tampa Florida and their families. Sonia has a great aunt many aunts, uncles and cousins and their families in Costa Rica and Denmark, including the families of Alvaro Moraga-Miranda, Ernesto Moraga-Miranda, Jorge Alfredo Moraga-Araya, Virginia Miranda-Miranda, Isabel Mora their many children, grandchildren and her great Aunt Tere Meyer. Services will be held Tuesday, August 23, 2015 at Rice Mortuary located at 5310 Torrance Boulevard, Torrance, California, 90503. Viewing is at 7:30 am, and a Rosary at 9:30 AM. A Funeral Mass will begin at 10:30 AM at Our Lady of Guadalupe in Hermosa Beach. Interment will be at Green Hills in Rancho Palos Verdes followed by a Reception at Rice Mortuary beginning around 2PM. Friends and family are welcome to attend all or part of the services.