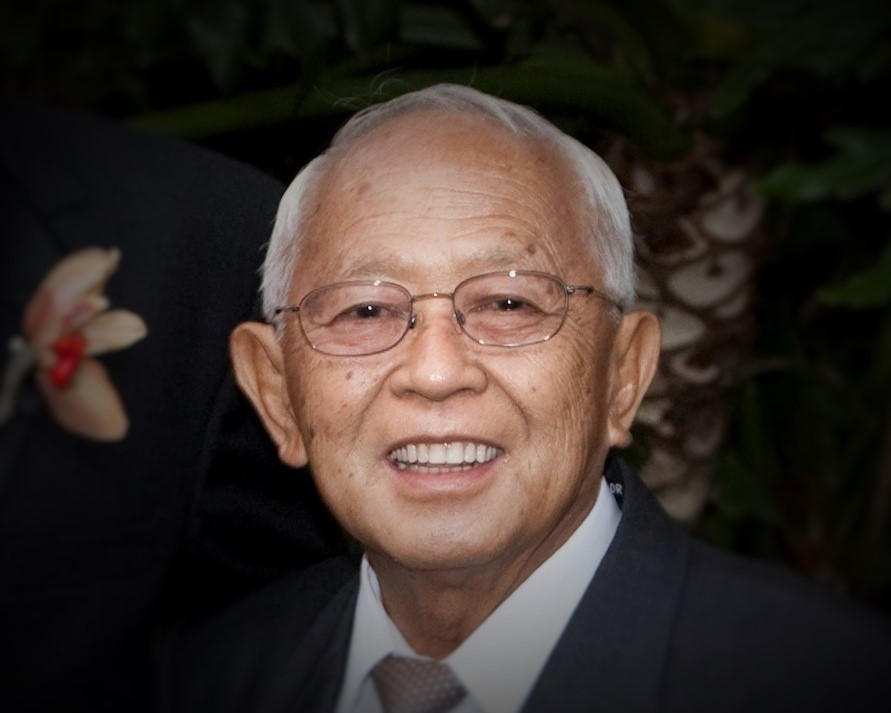 Andre Lauw Soen Leng, at age 79, passed away peacefully at home in Torrance, California on Thursday, April 13, 2017 with his only child, Edith, by his side. Andre was a West Torrance resident of 30 years and parishioner at St. Lawrence Martyr Catholic Church in Redondo Beach. Andre was born in Bandung, the capital of West Java province in Indonesia, to Lauw Hoay Lee and Lie On Nio. He was the 3rd of 7 siblings. In the mid-1960's Andre left Indonesia for West Germany where he earned his professional degree in civil engineering and married Ria Savitri Lim Hian Tin of Jakarta, Indonesia. From Germany, he, along with his wife and new daughter, immigrated to Toronto, Canada where he worked as a civil engineer and, on weekends and holidays, enjoyed lake fishing with friends, and trips around Ontario and Quebec with his family. He moved with his family to Torrance in the mid-1980's and worked for prominent engineering firms in the Greater Los Angeles area. His work took him to South Korea where he consulted on construction of the Golden Bridge in Busan, the second longest bridge in the country. Locally, Andre worked on LA Metro projects including the Blue Line, Los Angeles' first light rail line. The many hobbies he enjoyed with his wife include playing tennis, practicing tai chi, ballroom dancing, traveling, gardening and spending time with family. He was a lifelong learner and long after his professional retirement continued to pursue speaking Chinese, digital photography, investing, and the art of long naps. Andre loved a spirited intellectual debate on almost any topic. Andre is survived by his daughter, sisters, Jen Nio and Giok Lee; and brothers, Soen Kwan and Soen Yong. He is preceded in death by his beloved wife, parents, brothers, Kim Soen and Soen Kie; and first fiancée, Lilly. In lieu of flowers, donations may be made in Andre's name to Torrance Memorial Foundation 310-517-4703.