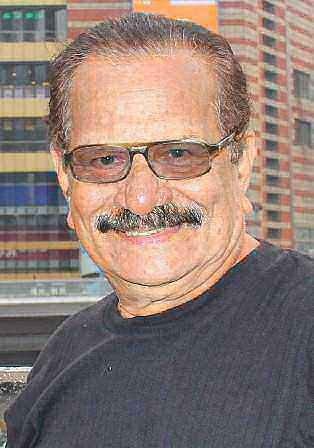 Sivam Ramanathan, M.D. February 2, 1943-May 26, 2012 Sivam Ramanathan, 69, of Los Angeles, CA. passed away on May 26, 2012. The funeral service will be held at Pacific Crest Cemetery Chapel at Redondo Beach. Viewing will be held on Thursday May 31, 2012 from 9:30 am -11:30 am at Pacific Crest Cemetery Chapel. Funeral arrangements are being handled by Rice Mortuary Services. A graduate of the Jawaharlal Institute of Postgraduate Medical Education and Research, Dr. Ramanathan was married to Seethala Srinivasan on May 24, 1967; they were married for 45 years. He completed his internship at Brooklyn Cumberland Medical Center and residency at Albert Einstein Medical College in the Bronx. Dr. Ramanathan enjoyed an illustrious career as an anesthesiologist. He was professor and Vice Chairman of the Department of Anesthesiology, New York University Medical Center until 1992. From 1992, he was professor and Chief of Anesthesiology, Magee Women's Hospital, University of Pittsburgh. In 2003, he joined the anesthesiology staff of Cedars Sinai Medical Center. Dr. Ramanathan is survived by his wife, Seethala, and children, Radha and Ramkumar. Dr. Ramanathan is preceded in death by his parents, Sambasivam and Visalakshi, and sisters: Lakshmi and Sitalakshmi