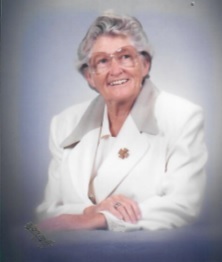 Sister Jeanne Therese Haskell, C.S.J. age 89, passed away on Sunday, October 2, 2016 in Los Angeles, CA. Born Patricia Ann Haskell in San Francisco February 23, 1927, a Sister of St. Joseph of Carondelet since March 19, 1947. Her mother died when she was five and her father died when she was nine. She and her brother were raised in an extended family. Sister taught grade school in California and Hawaii. She also served as Religious Education Director and Coordinator for many years. Her personality and love for people left a trail of lifelong friends. She had a ministry of caring in a very ordinary and beautiful way. She always had time to affirm others and show that genuine friendliness so characteristic of her. She and her smile will be greatly missed. She is survived by her nephews, Bill, George and Paul. A Service of Remembrance will be held at the Carondelet Center in Los Angeles on Thursday, October 20, 2016 at 4:30pm with Funeral Liturgy at 6:30pm. Cryptside service will be held Friday, October 21, 2916 at 10:00am in Holy Cross Cemetery in Culver City, CA. Donations in memory of Sister Jeanne Therese Haskell may be sent to: Sisters of St. Joseph of Carondelet, 11999 Chalon Road, Los Angeles, CA 90049.