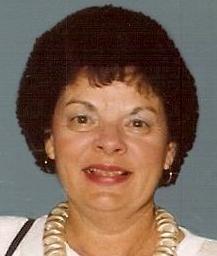 Shirley Schlimmer Thomas Shirley passed away very unexpectedly while on a trip in New York. She was born in Chicago, Illinois on April 20, 1931. She grew up in Cascade, Iowa with her grandmother. The family moved to Inglewood, California in 1942. She attended St. Agnes High School and graduated from Woodbury College in Los Angeles in 1950. She worked as an executive secretary for the LA Times Mirror and the Underwood Corporation until 1952. She worked for Bonner Machine until 1953, and then stayed home to raise her family. The Thomas' were transferred to Morristown, New Jersey in 1961. The family returned to Rancho Palos Verdes, California in 1965. Then Shirley became a Pre-school teacher at St. Peter's by the Sea until 1976. In 1980, she worked for Union Oil Refinery in Wilmington, CA and at Automated Binding & Mailing, as a Girl Friday and finally, she was an integral part of a family business, M. S. & J. Company, Inc. She was involved with many women's organizations and philanthropies such as Assistance League, Toberman Auxiliary, the Affinity Group, Las Vecinas, the Associates of the Palos Verdes Art Center, and the Rolling Hills Estates Women's Club. She was predeceased in death by Sharon Sims (daughter), Janice Jarvis (sister), and Ione Schlimmer (mother). She leaves behind her husband of 62 years, Max Thomas; children, Linda Hermosillo, Robert (Denise) Thomas, and John (Kristin) Thomas and 13 grandchildren and 4 great grandchildren. She lived life to the fullest, playing bridge at least twice a week, bowling, playing paddle tennis, socializing, telling stories, enjoying neighborhood beach parties on Thursday evenings at Portuguese Bend Club, and spending time with her grandchildren and great-grandchildren. She was a deacon and actively involved in St. Peter's by the Sea Presbyterian Church. She was called by the Lord on April 16, 2013. A viewing will be held Wednesday, April 24, from 4 pm to 8 pm, at Rice Mortuary, 5310 Torrance Blvd (near Anza) in Torrance. Services will be held at St. Peter's by the Sea Presbyterian Church, 6410 P.V. Drive South in Rancho Palos Verdes on Thursday, April 25, at 11 am, with a celebration to follow in Reeves Hall. In lieu of flowers, donations may be made to: Toberman Neighborhood Center 131 N. Grand Avenue San Pedro, CA 90731 or on the website at: www.toberman.org; please note in the message box, "Shirley Thomas" ~ this is a perpetual scholarship fund for disadvantaged youth.