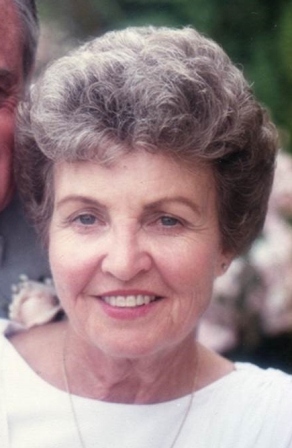 Shirley Mae (Wheelhouse) Chilton, 91, passed into the arms of our Lord, in her home, after a long struggle with Parkinson's disease, surrounded by her family, on Sunday, July 31, 2016. She was preceded in death by her beloved husband of 64 years, James Patrick Chilton, who passed away on the 12th of July 2016. She is survived by her sons Kevin (& Cathy), Tim (& Barbara), and Jamie (& Jane), daughter Teri Hayward, 13 grandchildren, 1 great grandson and numerous nieces and nephews. Born January 25, 1925, in Long Beach California, to Ernest Leroy Wheelhouse and Leda (Orrick) Wheelhouse, she moved to Salt Lake City in her youth, graduated from East High School and completed one year of nursing school at the University of Utah. She served as a welder during WWII at Hill AFB and became an American Airlines stewardess in 1948, where she was decorated for heroism for her conduct during an inflight emergency. During her flying career she was based in New York, Tulsa and Los Angeles. She met the love of her life, Jim Chilton, in Los Angeles, and they married in 1952, at St. Jerome Catholic Church. Shirley and Jim shared a passion for their children and spent many hours coaching and working with them at various school and sporting activities. Later in life, they took up cycling, golf and skiing together. They were blessed with wonderful friends and family. Shirley was a fantastic wife, mother and friend to all. She loved to serve and entertain all who entered her home and her life. Jim and Shirley's home was known as the "Chilton Hilton" and they provided 5-star love to all who visited. A Rosary Service at 7 pm, Friday, 5 Aug, and Funeral Mass at 10am, Saturday, 6 Aug, will be held at Visitation Catholic Church, 6561 W 88th St, Los Angeles. In lieu of flowers, donations to organizations seeking cures for Parkinson's Disease or Diabetes would be most appreciated by the family.