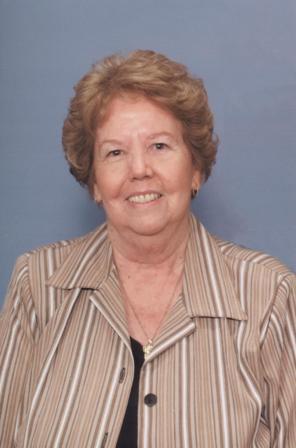 Shirley Ann Forsythe Shirley Ann Forsythe, a resident of the South Bay for over 50 years, passed away on July 5, 2013 in Torrance after a battle with cancer. She was born on October 24, 1940 at Medley's Neck in Leonardtown, Maryland to Joseph Vernon and Mary Mildred Stone. She married Eugene Forsythe on March 21, 1970 in Las Vegas, Nevada and then settled in Torrance. She worked as a waitress, for the phone company, for the Archdiocese at St. Catherine Labouré and then for Bishop Montgomery, where she was the manager of the snack bar for 18 years, retiring in 2006. She loved to cook and hosted many wonderful gatherings for friends and family. She was especially happy to be a grandmother and took great joy in all the things her grandchildren accomplished. She was a much beloved wife, mother, grandmother, sister and friend to so many. She was preceded in death by her parents; her brother Joseph "Jack" Stone; and her sister Barbara Logan. She is survived by her husband Gene Forsythe; her son Robert (Laura) Forsythe of Ladera Ranch; her daughter Cynthia (Donald) DeLay of Torrance; her grandchildren Megan and Jack Forsythe, and Lucas DeLay; her siblings Charles Stone, James Stone, Jean Nelson, Linda Oliver, John Stone, and Doris Bean, all of Maryland; and dozens of nieces, nephews, cousins, and friends. She will be missed forever. The family will receive visitors at Rice Mortuary in Torrance on Thursday, July 11 from 5-9pm with a Rosary at 7pm. A funeral Mass will be held at Our Lady of Guadalupe Church in Hermosa Beach on Friday, July 12 at 2pm. Interment will be private.