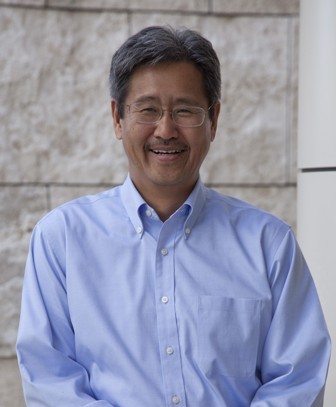 Shin Maekawa, 63, passed away peacefully in his Manhattan Beach home, surrounded by his beloved family, on Thursday, July 21 2016. He is survived by his wife of 36 years Kayoko Maekawa, and his children David (31) and Mika (29). Born September 29, 1952 in Niigata, Japan to Keiichi and Tamiko Maekawa. Shortly after his birth, Keiichi, Tamiko, Shin, and older sister Fumiko moved to Tokyo. There he grew up to be a sharp and creative individual— fixing or rebuilding things (often because he broke them) for fun. When Shin did not get into his top choice university after high school, he accompanied his parents to San Diego, California in the United States. He quickly excelled in his studies and completed a Bachelor of Science in Engineering at UC San Diego. He went on to complete a Master's degree (1978) in Fluid Mechanics and Thermal Engineering at UC Los Angeles. It was while pursuing his degree at UCLA that Shin and Kayoko met. They married on July 18th (Shin will forever think it's July 20th) of 1980. Together they saw much of America and the world and shared many passions. She thought almost immediately that he would be a great father: she was right. David Shintaro was born in September 1984, and Mika came along two years later in January 1987 (Shin will say 1989). He taught his children the values of hard work, honesty, and loyalty to family and friends. He shared his love of sports with David through hockey and baseball; had adventurous meals with Mika; and the family spent many vacations in the great outdoors. After completing a Master's degree, Shin found an exciting career with TetraTech and Honeywell. He spent nearly a decade at the Hydrodynamics Center as a Systems Engineer. Through Terumichi, his brother-in-law, he was introduced to a unique opportunity at the Getty Conservation Institute (GCI)—an opportunity to apply his skills, brilliance, and ability to problem-solve in the field of art and cultural conservation. Shin was passionate about his work at GCI, where he spent over 27 years and completed important projects and case studies in cultural preservation around the world. He became a leader in his field, and eventually completed a PhD in Conservation Science from the Tokyo University of Arts. He was a prolific writer, researcher, and innovator. His recent publication Environmental Management for Collections: Alternative Preservation Strategies for Hot and Humid Climates was awarded the Prose Award in the Environmental Science category. He was proud of the collaborations that produced the book and so humbled by the recognition. His love for travel was not tempered over the years, venturing far and wide to Egypt, China, Scotland, Brazil and beyond. He had recently returned from a trip to Spain, and was looking forward to taking on a visiting professorship at the Tokyo University of Arts upon his retirement from GCI. He was very thoughtful about the body of work he would leave behind, when in fact he had given so much to both the academic and art world already. For his family, Shin was a pillar of strength, offering unwavering support through all of life's transitions, peaks, and valleys. A celebration of Shin's life and appreciation of his incredible impact on family, friends, and colleagues will take place at 10am on Monday 1 August, followed by a brief reception, at Rice Mortuary [5310 Torrance Blvd., Torrance, CA 90503]. All are welcome.