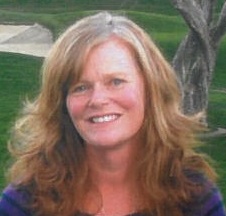 Shelley Nash November 28, 1959 – April 25, 2013 Shelley passed away after nearly a 3 year courageous battle with cancer. Shelley grew up and raised her family in Palos Verdes. She graduated from Palos Verdes High School, University of California, Berkeley and University of San Diego Law School. Shelley was a huge advocate for children in her law practices in Maryland and the Children's Court in Los Angeles. She later joined her father in his law practice. She is survived by her husband Brad Wolf and their two sons, Patrick and Clay Wolf. Her children were her proudest achievement. Patrick will be graduating UC Berkeley this May and Clay will be attending the University of Michigan as a freshman this fall. Shelley was fortunate enough to live close to her parents Savery and Carolyn Nash and her sisters Laura De Jesus and Savery Ann Nash. She was very involved in the daily lives of her four nieces, Vanessa and Olivia De Jesus and Merrell and Savery Koehler to whom she was known as "Auntie." Shelley is also survived by her mother-in-law Louise Wolf, her brothers-in-law Brian and Chris Wolf, and Marc Roskin and her sisters-in-law Jennifer Wolf Roskin, Katie Wolf and Alison Wolf. Shelley had a passion for adventure and began travelling the world at 16. She continued to travel throughout her life sharing some amazing trips with her family and friends. She leaves many dear friends throughout the world. Shelley was also a voracious reader, devouring an uncountable number of books over her lifetime. Shelley fought her disease with dignity, grace and courage and will serve as an inspiration to all that knew her for years to come. In lieu of flowers, the Wolf/Nash family requests that you make donations to The Liddy Shriver Sarcoma Initiative. Donations can be made by check to FJC-Liddy Shriver Sarcoma Initiative, 17 Bethea Drive, Ossining, New York 10562 (please reference Shelley Nash on the check) or by donating on-line at www.sarcomahelp.org. All proceeds will go to fund research specific to leiomyosarcoma.