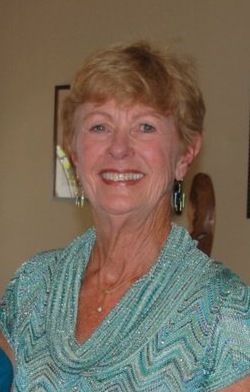 Sharon Marsee Sharon Marsee's sudden passing on Wednesday, September 17, at the age of 70; from a rapidly progressive lung cancer was a shock to her many friends and family. She was born in Englewood, Colorado on December 14, 1943. After graduating from the University of Colorado in Boulder she moved to Los Angeles to work as a social worker for Los Angeles County. She raised three very lucky children in Redondo Beach with her husband of 35 years, Fred Marsee, before returning to work as a publication manager. In recent years she enjoyed playing tennis, traveling and cycling throughout the world, walking to the beach, socializing with her book club, spending time with her children, and helping to raise two beautiful grandchildren. In each of these endeavors her curious mind and loving personality endeared her to a loyal community of close friends and admirers. Sharon is survived by her daughter Megan, son Kevin, son-in-law Daniel, daughter-in-law Chelsea, grandchildren Darren and Mia, sisters Pat and Diane, and nieces Shireen and Kristin. Her loving son Darren preceded her in death at the young age of 24. Furthermore, during her 40 years of residence in Redondo Beach she created a stable and open home that reflected her welcoming spirit and ensures that she will be survived by many. A memorial service will be held at the Point Vicente Interpretive Center in Rancho Palos Verdes on Sunday, September 28 from 5:00 to 7:00 pm. In lieu of flowers, donations can be made to The Leukemia and Lymphoma Society at www.lls.org.