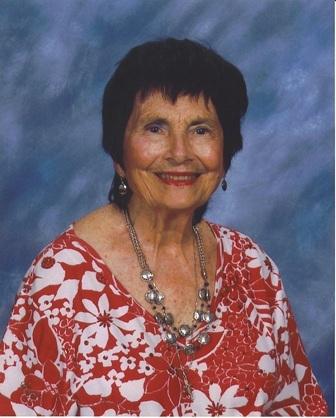 Serafina was born to Sicilian parents, Gaspare and Virginia Locurto, on January 6, 1921. The youngest of four children (two brothers and one sister), she was raised on Mosholu Parkway in the Bronx, New York. After graduating from Evander Childs High School, Serafina became a Fashion Showroom Model for dresses, coats and furs. When her childhood sweetheart, Steve Belloise was honorably discharged from the United States Navy, they married in 1947. Steve was a famous Professional Prize Fighter who fought all over the USA, Europe and the South Pacific. Steve and Serafina had four children: Virginia, Stefani, Christina and Steve, Jr. They raised their children in a California ranch-style home on Pearsall Avenue in the Bronx. When the children were older, Serafina restarted her career working for the Bronx Borough President where she was an Administrative Assistant for well over twenty years. She was an active member of the Republican Party. She was also a Patron of the Arts and a member of the Metropolitan Opera House and American Ballet Theater in New York City. Her other passions in life included writing poetry, hiking and traveling. Serafina has an extensive collection of poems and her favorite traveling destinations were Italy and the Caribbean. When her husband passed away in 1984, she retired, sold their house and moved to Southern California where she resided in Redondo Beach. She became an active parishioner at St. Lawrence Martyr Catholic Church. She was a Eucharistic Minister for the sick, a Bible Study leader, Women's Annual Retreat attendee and a "people greeter" at daily Mass. Serafina was also a very health-conscious woman. She belonged to Health Clubs in New York as well as California. She loved hiking in the beautiful Shawangunk Mountains in upstate New York and became an avid walker along the Pacific Ocean. Serafina Belloise was a loving, caring person with a great sense of humor. She was extremely proud of her family: four children, nine grandchildren and eight great-grandchildren. She will always be loved and admired by her family and friends on both the East and West Coasts.