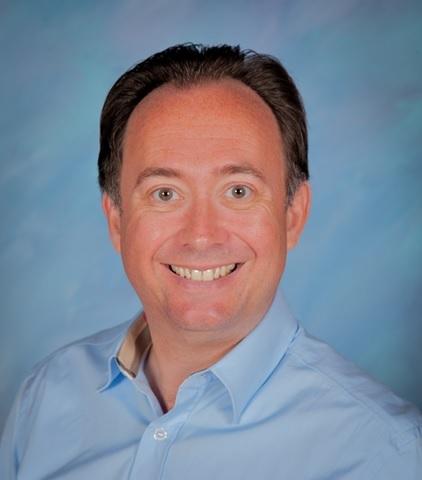 Sean Patrick Lathrom was the only child born to Jerald Max Lathrom and Nelia Maria Lathrom on April 9, 1971 in Monterey, California. As a young boy, Sean was raised in rural Prunedale, California (an unincorporated area of Salinas). His walk with Christ began at Calvary Baptist Preschool where he was the apple of Mrs. Fischer's eye who recognized the light that shined so bright. He graduated from Monte Vista High School in 1989 where he had received numerous awards and accolades throughout his High School career. His family lovingly refers to as "The Sean Lathrom Show" at graduation. He was Student Body President, Mock Trial Champion, represented his school at Boy's State and went on to represent the state of California at Boy's Nation, and was selected as a delegate to the Republican National Convention in New Orleans. His God given gift of leadership and scholarship was established at a very young age. Sean attended college at the University of California, Irvine where he majored in Criminology, Law and Society with a minor in Political Science. He participated in the Campuswide Honors Program. He graduated Summa Cum Laude in 1993. He was a Chancellor's Scholar, a member of Phi Beta Kappa, and a Dean's List recipient. He was also the rare undergraduate at that time who was published at the invitation of a highly regarded professor. Following graduation, he worked for Nelson Communications in public affairs where he quickly rose to the position of Director of Corporate Communications before the age of 21. He was gifted in the area of strategic planning and spearheaded major political campaigns. In 1995, he attended his first year of law school at Hastings School of Law where he was selected to be a member of the Appellate Advocacy Team. He had received the top score in both the oral advocacy and brief writing sections—a first in the history of the law school. The following year, he transferred to UCLA School of Law where he received his Juris Doctorate in 1999 and soon licensed to practice law. During the Christmas holidays in 1995, Sean Patrick Lathrom began his life with his wife Gay Awakuni and her young son Marcus. Their life was filled with travel and adventure where he was a true dad to Marcus, and he showed them the world. Sean proposed to Gay in 1999 in Coimbra, Portugal after asking her father for her hand in marriage and the blessings of Marcus. Sean and Gay married on October 23, 1999 in Fort William, Scotland at the Inverlochy Castle. Sean was a loving husband and a dedicated father. A true dedicated family man, he volunteered at every school and class Marcus attended since kindergarten. His pride and joy was his son Marcus. Sean so admired the spectacular young man Marcus has become. Although a fine and gifted attorney, his passion was always the classroom. At the encouragement of his wife Gay, he left the practice of law and followed his passion to pursue a teaching position at Riviera Hall Lutheran School where Marcus was a student. For the past 10 years, Sean Lathrom had been the beloved middle school Social Studies teacher and mentor to hundreds of students who have called him the teacher of a lifetime, the teacher who will change your life, the legend. His impact on the school has been tremendous due to his vision and commitment. His contribution included Mock Trial, Honors Classes, and Annual Easter trips where he opened the world to his students. His passion for teaching and learning with a compassion for all made him a true gift. He was named Teacher of the Year by the Palos Verdes Chamber of Commerce and received numerous awards for his excellence. While his impact on the curriculum and policy of the school was tremendous, the impact of his students upon him was far greater and more profound. He truly loved them all and remained dedicated to them through high school, college, and graduate school. On October 21, 2013, Sean Patrick Lathrom was graced with the gift of eternal life. He is survived by his wife Gay, son Marcus, his parents Jerald and Nelia Lathrom, his mother-in-law Kyoko Iwamoto, sister-in-law Lynn Iwamoto and cousin Ana Pereira Stevenson. Sean's legacy lives on in his family, students, parents and his fellow travelers. His story is not over. It will continue to live on through the lives that he has touched.