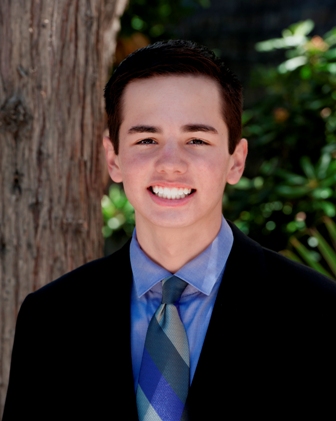 Sean Joseph Heffernan of Rancho Palos Verdes passed away Friday, January 18, 2013. Sean was born on St. Patrick's Day 1995 at Little Company of Mary Hospital in Torrance, California. He attended Dahlquist Pre-School in San Pedro, Montessori School at Ladera Linda, Mira Catalina Elementary School, Miraleste Intermediate School and was a Senior at Palos Verdes High School, where he ran cross-country and was a California Scholarship Federation member. Sean was a valued member of St. Paul's Lutheran Church of Palos Verdes and was a tireless worker for the church. Sean was a second generation Irishman who made multiple trips to his Waterford and Kilkenny roots in Ireland, where he had many loving cousins, aunts and uncles. Mansfield, Ohio was a second home to Sean where he spent many vacations and Christmases with his maternal grandparents. Sean was a close companion of his older sister, Lauren, and a nurturing role model to his younger brother, Ethan. Sean was blessed with a wonderful group of close friends, particularly his "Posse", with whom he shared laughter, fun, and adventures and who will in turn remember his irrepressible wit, generosity and loyalty. Sean was a talented photographer, a gifted honors Spanish student, and a lover of classic literature. Sean was an industrious perfectionist and a willing volunteer who spent many hours working with and enjoying the P.V.H.S. library. Sean's accomplishments included being a published poet and an award winning photographer. Sean lived a very full 17 years. He was a confident and unique young man who was determined to live well every day and in fact lived his life on his own terms. Sean traveled the world and saw many wonderful things with friends and family on trips to Paris, London, Dublin, New York, Nantucket, Montana, Yosemite, the Florida Keys, Washington, D.C., San Francisco, Chicago, Notre Dame, Hawaii and the Galapagos Islands. Sean's personality was a great mixture of innocence and sophistication. He had a wicked sense of humor, a sensitive soul and a highly analytic mind. He was fiercely individualistic. We mourn the future that will not be for Sean, but celebrate both the joy he experienced and the happiness that he brought to those who knew and loved him. We honor his life and cherish his memory. Sean was preceded in death by his grandfather Thomas Heffernan and is survived by his parents, Kevin and Sandra Heffernan, his sister Lauren and brother Ethan, grandparents Bob and Suzanne Mathews and Aunt Tammy, grandmother Josephine Heffernan, Aunt Catherine Trujillo (John), and Uncles Thomas Heffernan (Maureen), Richard Heffernan (Sheryl), Steven Heffernan (Robin), John Heffernan and Douglas Schondel (Deborah) and his 13 cousins who will miss him dearly. A gathering of family and friends will be held at Rice Mortuary on Sunday January 27, 2013 from 5:00 pm until 9:00 pm. Funeral services will be held at St. Paul's Lutheran Church of Palos Verdes on Monday, January 28, 2013 at 10:30 am. Burial will be private. In lieu of flowers, donations may be made in Sean's name to St. Paul's Lutheran Church of Palos Verdes, 31290 Palos Verdes Drive West, CA 90275, the PVHS Booster Club or MADD.org.