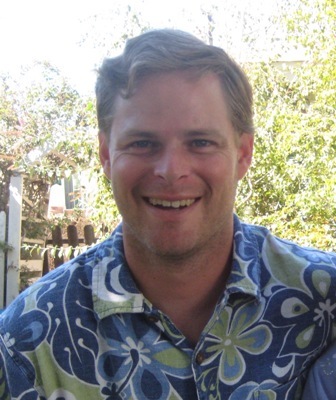 Sean Alan Mathison (37) of San Pedro, California, passed away Monday, February 8, 2016. He bravely battled Glioblastoma Multiforme (GBM) Brain Cancer for 22 months. He passed at home in the midst of his family and friends singing worship to the God he loved, with Whom he is now united. Born to Alan and Lynette Mathison on January 27, 1979, he was the firstborn and is survived by his parents and siblings Brandon, Eric and Valerie. Sean was employed as a "Class A Longshoreman" in Los Angeles and Long Beach Harbors where he enjoyed working alongside of his father on the docks. Sean was passionate about guitar, leading worship, cross-cultural missions, and just about anything involving adventure. Having majored in Music Performance at Biola University, Sean was a great guitar teacher as well as having his own distinct sound as an artist. He loved touring as a musician and played wherever there was opportunity, be it weddings, funerals, camps and wherever he could. Sean also helped start Arkeo Community Church, where his memory still leads people in worship today. Along with that was Sean's willingness to go anywhere the Lord would take him, as a result he visited several countries, encouraging missionaries wherever he landed. This is how he earned the monicker "Sean would go". He had the stamps in his passport to prove it. Whether it was going out and riding his dirt bike, getting his black belt in Karate, hunting, shooting, kayaking, surfing, snowboarding, or camping, Sean was always up for the adventure. Sean also had a heart for kids. He showed that by going to and caring for orphans in Haiti, Mexico, and even locally spending time with Foster kids through "Royal Family Kids" camps. Sean lived with a desire for God to be glorified and God was glorified in Sean's life. Sean's Memorial will take place on Friday, February 26th at Calvary Chapel South Bay (19300 S Vermont Ave, Gardena, CA 90248) at 3:00pm.