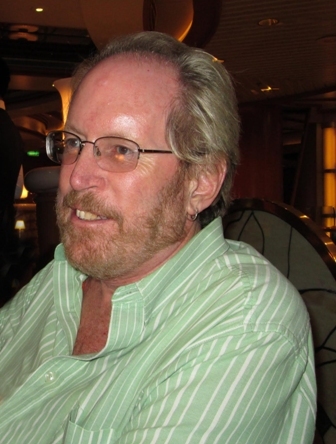 Scott Jay Hebert, of Palm Desert, CA, passed away on Saturday September 3, 2016. He was born in Inglewood, CA, and raised in Torrance. He graduated from West High School, attended El Camino College and graduated from Kaplan University in Palm Springs. Scott was 62 when he died suddenly in a car accident caused by a drunk driver who ran a red light. Scott had various careers over the years in the South Bay, San Francisco area and Palm Desert. After becoming a Certified Professional Medical Coder, he worked for several different companies, lastly at ArroHealth as a Lead Auditor. Scott enjoyed travel and went on eleven cruises with his partner. His primary hobbies were his birds and fish. Scott is survived by partner James Atkins, father Robert Hebert, sister Julie Hebert Edwards, brothers Ralph Frederick (Becky), Gary Hebert (Susan), and Michael Hebert, and multiple nieces and nephews. He was preceded in death by mother Mary Hebert. The Service will be held at Rice Mortuary on September 24, 2016 at 11:00 am. A reception will follow in Rice's Lighthouse Room until 2:00 pm. In lieu of flowers, donations may be made to Mothers Against Drunk Drivers (MADD) in Scott's name.