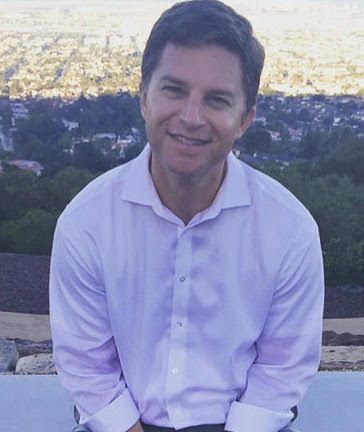 I’d like the memory of me to be a happy one. I’d like to leave an afterglow of smiles when life is done. I’d like to leave an echo whispering softly down the ways. Of happy times and laughing times and bright and sunny days. I’d like the tears of those who grieve, to dry before the sun. Of happy memories that I leave when life is done. March 28, 1975 - December 28, 2017 Scott Charles Rush, born in Anaheim, California, has left the world a better place. He lived his life almost entirely in the greater South Bay community. He’ll be remembered for his peaceful sense of being that calmed others in his presence, his quiet yet poignant sense of humor, his loyal friendships, and immense personal integrity. As a youth, Scott was a sharp boy who excelled at many things. He was an avid young reader, magic aficionado, and passionate music lover. Scott was also a natural athlete. He played AYSO and Fram soccer, Little League baseball, and eventually found his way to high school water polo. He graduated Class of ’93 from Palos Verdes Peninsula High School and from the University of California, Irvine, in 1998 majoring in Psychology. Always drawn to children and youth as a guiding force of positivity for the future, Scott found his calling in the Math Department at Rolling Hills Country Day School. There he taught classes, coached sports teams, and departs as the Head of Middle School. He truly loved his students and famously closed class with an assignment beyond arithmetic to “Be Good Humans”. His own humanity was a playful mix of compassion, kindness, humor, patience, and the ability to be fully present wherever he was. He was many people’s best friend and most especially his wife’s, Rachel Togut, whom he married August, 2016. Friends and family will remember Scott’s love of the natural world, especially camping trips, and time at the beach. He created amazing memories in Mexico and Santa Ynez, California. He loved his beer, especially a good craft beer, and even brewed his own on occasion. On a good weekend day, he could be found tweaking his fantasy football team, formulating new groovy music playlists, enjoying sushi lunches, or eating his favorite bean and cheese burritos. Scott accepted his GBM diagnosis with dignity, bravery, and a touch of humor. He was determined to have his bright future and did everything in his power to stretch time. He will be missed deeply by his beloved wife, Rachel, his parents, Nancy Van Acker Beck, Charles and Jerri Rush, and Bob Beck, his in-laws, Cathie and Michael Togut, his grandmother, Betty Van Acker, his siblings, Ashley Beck and Amy Rush Conroy, nieces, nephews, extended family, friends, and every student that crossed his path. He was a blessed man, a gift to all of us, as a quiet pillar of strength and kindness. He was very loved and cherished, and we aim to “Be Good Humans” in his honor everyday moving forward.