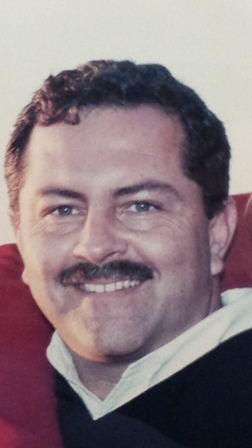 On March 25, 2014 we announced with broken hearts that our beloved Scott Bradford Teter was called home to heaven. Scott was born July 18, 1957 in Pasadena, California and was a resident of the South Bay for the last 30 years. Scott was co-owner of Adcom Worldwide, a logistics and transportation firm. Besides the Lakers, when they are winning, the greatest source of joy for Scott was his family. Scott was a devoted husband and Father. He cheered his children on in sports, academics, life, and always motivated them to be the best they could be. His children were his greatest sources of pride and he celebrated with pure joy each and every one of their achievements. The Teter residence was always a welcoming place for family, friends, and friends of friends. You would frequently find Scott holding court with teenagers, taking pride in his life lessons that left a lasting impression on the hearts of many. Scott was the life of any party. He was charming, warm and welcoming and always enjoyed a lively debate especially from his jacuzzi. Everyone who met Scott experienced his heart of gold and sensed his will to help others. Scott was very involved in the St. Lawrence Martyr Catholic Church Community. He converted to Catholicism as an adult so he could be an active participant in his family's spiritual life. Scott's legacy is lived through Valerie, his loving wife of 23 years, his children Erin (21), Bradford (19) and Loren (15), his mother Gloria, his sister Nancy Spiker, and many loving family members. His sudden passing will leave a large void in the lives of his family, friends, co-workers, employees, and many others. In lieu of flowers please send donations to the Scott Teter Memorial Foundation for Children at Bank of America, Redondo Beach. His funeral service will be private. There will be a mass celebrating his life held at 1pm on Monday, March 31, at St. Lawrence Martyr Church.