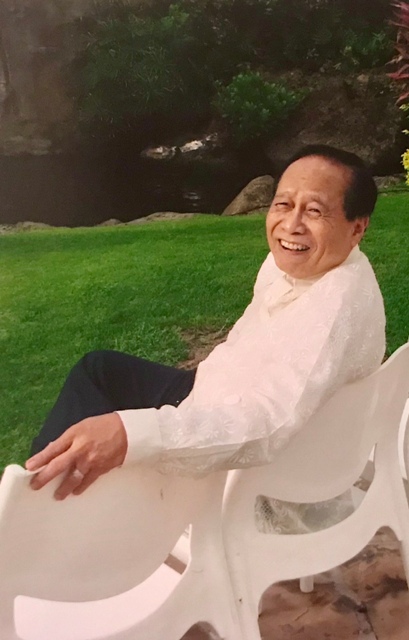 ORQUIOLA, Saturnino Palacios “Toto” September 11, 1931- November 12, 2018 It is with great sadness that the family of Saturnino “Toto” P. Orquiola announce his passing on Monday, November 12, 2018, at the age of 87. Toto will be lovingly remembered by his wife of 54 years, Carmelita, and his children, Nino (Sonja), Mitchelito, Karen (Jeff) and Lee Jay. Toto will be fondly remembered by his five grandchildren, Isabel, Sean, Ella, Joaquin and Nicholas. He will also be missed by his numerous grandnieces and nephews, extended family and dear friends. Toto attended Southwestern University and graduated with a degree in Commerce. He completed Ground Combat School and was a Special Company Officer. In 1959, he received his Bachelor of Law from the University of Visayas. He moved to the United States in 1972 from Cebu City, Philippines. He worked for Los Angeles County’s Department of Engineering for 23 years and was a longtime resident of Hawthorne, CA. A prayer service will be held at Pacific Crest Cemetery Chapel (2701 W. 182nd Street, Redondo Beach, CA 90278) on Tuesday, November 20, 2018 at 10:00 AM. A private interment will follow. We wish to thank everyone for their love and support. We are truly blessed.