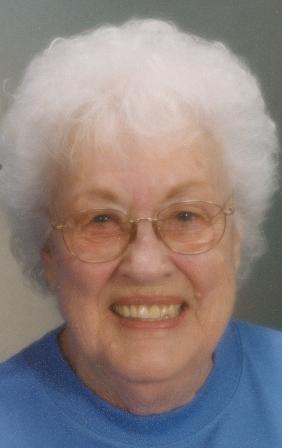 Sarah N Goodwin, 88 Sarah went to her heavenly reward on June 27, 2012. She was born in Chickasha, OK to James & Jennie Smith but grew up in Des Moines, IA graduating from East High. While on a trip with her brother, she met DeLon Goodwin, her husband of 60 yrs. They were married in Houston, TX. but made Calif their home. She worked for the City of Inglewood for several years in the Payroll Dept. With their expanding family, Sarah became a full-time homemaker. She was a wonderful mother to Steven (Phyllis), Cory (Steve) Millwee and Erin Mantz and a beloved grandmother/great-grandmother to Dawn, Donald (Michelle), Fawn, Deanne, Matthew (Le's), Frank and Joshua, Meghan, Ellie, Abigail, Steven, John & Cole. Sarah was predeceased by her husband, DeLon; son, Steven and 6 of her brothers and sisters. She is survived by her daughters, daughter-in-law, grandchildren, brother, Ira Smith, and many nephews and nieces. Viewing will be from 4-8 pm on July 5th at White & Day Colonial Mortuary. Funeral Services will be held July 6th at Grace Chapel, Inglewood Park Cemetery at 11 am. A reception will be held at her home.