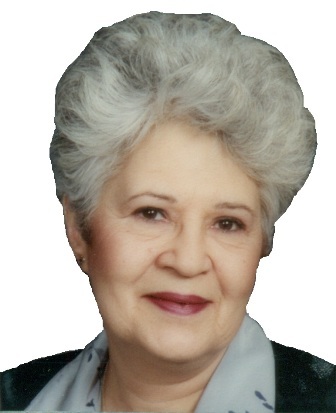 Sara Clara Noel passed away on Monday April 13, 2015 in Torrance, CA. Sara was born on February 15, 1940 in Villers-Cerney, France to Louis Marise Noel of Belgium and Jeanne Georgette Garnier of France. Sara grew up in France during WWII surviving destruction, poverty and the bitterness of war to blossom into a beautiful young woman. She met, married, later divorced but remained close friends with, Charles Lindbergh Currence while in France stationed with the U.S. Air Force. They moved to Sacramento, CA where she worked in the Community Hospital and became a Mother to her three children. The family moved to Canton, Ohio where Sara became a successful esthetician with a loyal following of literally hundreds of clients and remained friends with many of her co-workers throughout her 36 years in the profession. Sara was a founding member of the French Club at Walsh University. She liked to tend to her garden, dig her hands in the warm earth and watch what she planted grow into beautifully colorful vignettes for which she was delighted to receive a Beautification Award from the City. When her Granddaughter was born, Sara moved back to California to watch her grow up. She made many more friends and loved living in a place where the flowers grow year round. She was an accomplished seamstress and as adept in crochet and knitting. A nature lover, she always put food out for the birds and would often feed the squirrels by hand. A voracious reader, with a penchant for the crime-mystery genre, she would read two or more novels a week. Sara left behind many well-loved family and friends world-wide including her Brother George Noel on Reunion Island and her Sister Juliette Broin in France. Sara is survived by her Daughter Patricia Danielle Noel, her Daughter Pamela Lynn Noel and Granddaughter Noel Drouillet, and her Son Phillip Kevin Noel and his Fiancée Carol Cassano. A gathering of family and friends will be held at Rice Mortuary on Monday, April 20, 2015 from 4:00 pm until 8:00 pm. The Service will be held at St. James Catholic Church on Tuesday, April 21, 2015 at 10:00 am. She will be laid to rest at Pacific Crest Cemetery. In lieu of flowers, please make donations in the name of Sara Clara Noel to her favorite charity St Jude's Children Hospital.