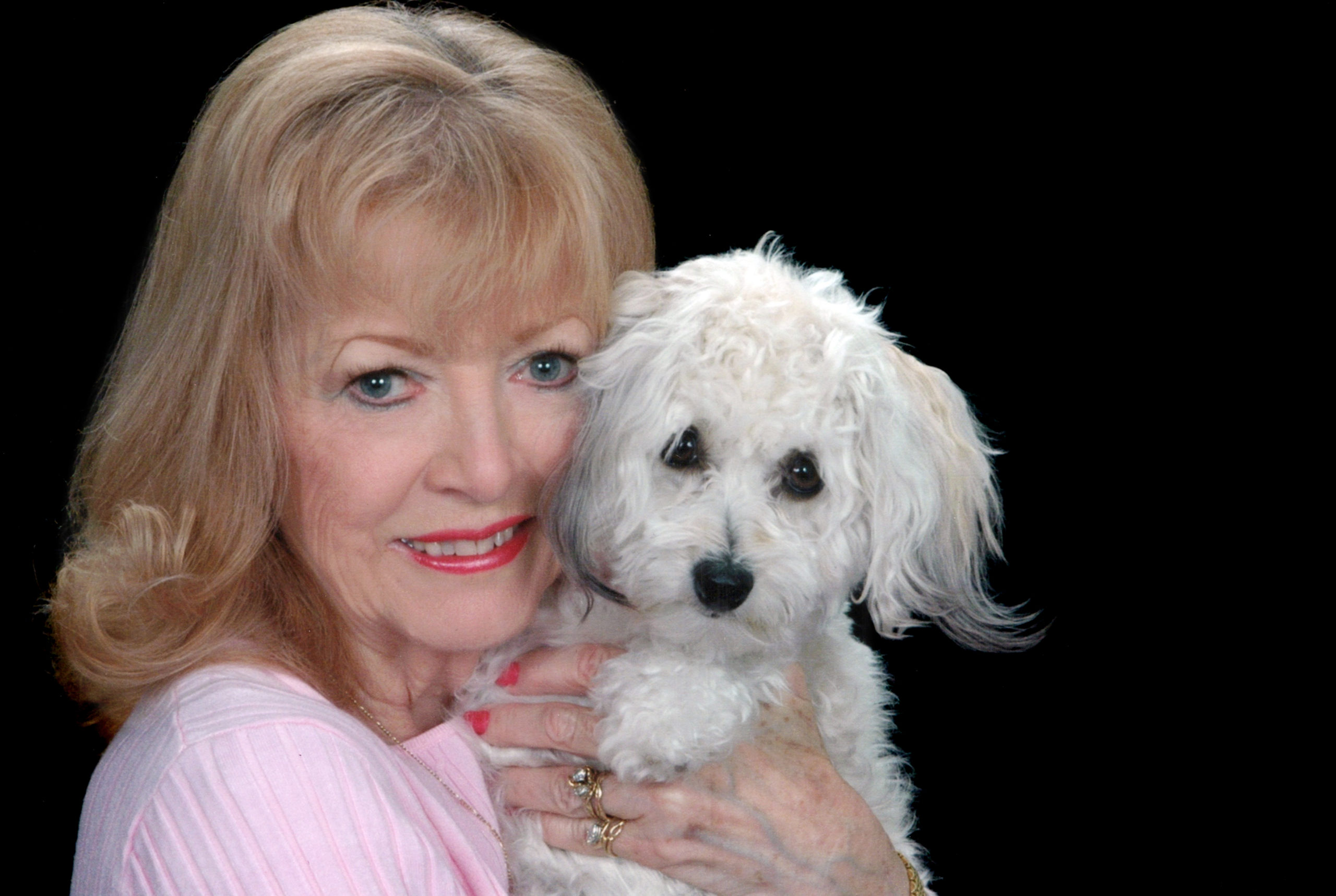 Sandra May (O’Green) Gilliland was born on November 23, 1937 in Waterloo, Iowa.  She was 82 when she passed away in her lovely home on November 2, 2020 in Torrance. She was surrounded by her two beloved daughters Carol and Tina and her grandson Matthew with Tawnie by his side.

Sandra was predeceased by her husband Robert J Gilliland, parents Clarence and May O’Green and her only sister Phyllis May (O’Green) Jacklin, better known as Fiddy.

She will be greatly missed by her childhood babysitter Patty Abslag who has known Sandy her entire life and her husband Bill Abslag, loving boyfriend Allan Brunmier, best friends Jeanne Marlin and Marilyn Wolff and her neighbors for over 40 years, David and Elaine Brent, Wally and Elaine Draper, Nanette Jiminez and all her friends that she cherished and held so dear.

Sandra moved to California as a teenager and graduated from Inglewood High. Her love of dance began in high school when she enrolled in Modern Dance as her PE class.

Sandra loved being a Girl Scout and used to brag that they finally kicked her out at age 18 because she was “too old”. During her later Girl Scout years, she began volunteering at a local hospital as a Candy Striper. She wore a red and white striped uniform and helped out in the hospital. As a mom she became a Girl Scout leader for Troop 731 in Torrance.

At age 17 she met Jeanne Marlin and they built a lifetime friendship. These gals would head down to the Pike in Long Beach on weekends to go out dancing with the young sailors on leave. They always peeked into the tattoo parlor to watch the sailors having their arms tattooed. Jeanne was by her side for a final visit only a few days before her beloved friend passed away.

In 1956 she entered a beauty pageant and won the title of Miss Lawndale. She had splurged and purchased a Rose Marie Reid white one-piece bathing suite with polka dots for the swimsuit competition and boy did she look great. It was all the rage to be wearing a Rose Marie Reid swimsuit! Our mom had an eye for what looked good on her and staying current and fashionable was part of her everyday life for as long as we can remember. We’re sure her outgoing personality, long legs and auburn hair shot her right to the top of the Judges list for the title. We have always loved telling people she was Miss Lawndale.

Her daughters Carol and Tina were born three years apart and they filled her heart with love. She designed custom bedrooms for each daughter; purple for Carol with a window seat, built in cabinets for her doll collection and a counter for her record player, yellow for Tina with a fabulous custom built pull down table with stools to sit on and every type of art supply you could imagine. They spent many an afternoon playing in Tina’s room coloring and having fun. Their mom made the girls matching Christmas dresses each year and they baked haystacks and rice crispy squares during the holidays. There was no limit to what she was willing to do for her Daughters. She was always on their side and there to enjoy every moment of their lives and see them through any tough time that might arise. Her love was as unconditional as humanly possible. There was no mountain too high nor valley too low to keep her from being with her girls. Hugs and kisses flowed freely, and millions of phone calls took place over their lifetime together.

One winter, Sandra arranged for two young sailors stationed in Long Beach to join the family for Christmas in their home. Their names were Bob and Frankie. They gave her a cut crystal covered candy dish one year for Christmas and that remains on her coffee table to this day.

When she was the PTA President at Arlington Elementary School in Torrance, California she met Marilyn Wolff who also became a best friend for life. These two knew every detail about each other.  When the two of them and their husbands Bob and Lipp got together, you were sure to be in for some laughter over joke telling and continuous fun and frolic too.  Sandra was also a member of the Torrance Junior Women’s Club and the Torrance Toastmistress Club.

The family moved to Hermosa Beach in 1973 for three fun filled years with sand between their toes,  sunsets, swim suits and ‘Go-a heads’  The term charcuterie had yet to be introduced in the 70’s however our mom called it a relish tray and we had one several nights a week prior to dinner to ”tide us over”. It was a kaleidoscope of veggies sprinkled with Salad Supreme and a saucer of ranch dressing for dipping!

She found her ideal dream house in 1976. She took one look at the framed shell of a dining room, promptly made an offer and as soon as it was finished being built, we moved back to Torrance. These were truly her glory days and she filled her home with all things that were ‘pretty’ and brought her joy!

Later in life she returned to hospital volunteering as a member of the Torrance Memorial Hospital Auxiliary, offering her time in a variety of ways such as planning fashion shows designed to promote the pretty clothes sold in the gift shop. She even cast her grandson and granddaughter in the show to model the children’s clothing.  For a year she published the monthly Auxiliary Newsletter. She was most proud when asked to continue her volunteering in the Recovery Room. She loved that area as it brought her closer to patients and their family. If you were sick, she made you feel all better and Sandra was good at caring about others needs.

She loved to take trips annually to Hawaii where she had gotten married on Valentines Day to her husband Robert J Gilliland. They went back most every Valentines Day for at least 10 years. When the movie Love Story came out they liked it so much our mom started calling Bob “preppy’ which was the pet name Ali MacGraw called her co-star Ryan O’Neal in the movie. That pet name stuck for their entire marriage and was very endearing.

Sandy hosted an annual Christmas Tea for 12 of her dearest friends. She loved to make her own invitations, place cards and all the delicious sweet and savory foods served at a proper tea party, which always began with a magnum of champagne.  This was truly the highlight of the year for her and the perfect way to kick off the Christmas season. It was always held on the first Sunday in December, every part of her home oozed Christmas. She even had 3 Christmas trees on the kitchen island that were decorated with tiny cooking gadgets, pretend foods and tea party ornaments. She lovingly referred to them as her “Tea Trees”.

Sandy met Al while walking their dogs in the neighborhood. They became fast friends and she invited him to family functions and that was how their long term relationship began. They lived so close it was easy to walk to one another’s homes. Mom encouraged Al to try dancing and they signed up for lessons together. We would all drive out to Leisure World where Tina sings in a country band and they danced the night away. Before long Al was part of the family and celebrating all the family and holiday events with us. Mom adored Al and he always tried to do anything he thought would make her life easier. They went grocery shopping together, he picked up dinner and brought it to her house, drove my mom anywhere she wanted to go, went to doctor appointments and picked up prescriptions and vitamins from the pharmacy. He wrote poems about her and cared for her. They took Muffin for walks in the neighborhood. He took my mom on a wonderful East coast cruise along the coast and up to Canada that she absolutely loved. I guess you could say they lived quite a lot in those Golden Years together.

Her family was the most important part of Sandra’s life. She loved to have parties in her pretty home with sit down dinners for twelve in her beautiful dining room.  Her daughters were closest to her heart. The time they spent together was what she lived for. Shopping trips, lunches and late-night phone calls with not a day going by before checking in on one another. Birthday dinners, Christmas mornings, champagne that flowed freely, music, dancing and daughter Tina always had a new song in her heart to sing for her mom.  Tina and her mom sang “The Rose” by Bette Midler as a duet many times and it will always be a fond memory. Carol and her mom shared a love of sewing and between the two of them they could make anything. Sandra and Carol worked together at their Bridal shop called Promises in Torrance.

Sandra was very devoted to her grandchildren, attending all of their school activities and teaching them how to make gingerbread houses every Christmas. She was also happy to have two great granddaughters, one from each of her grandchildren.  She always loved little children and had a special way of making them feel like they were extra special by giving her undivided attention to them. Their years of growth are documented on a section of wall in her hallway.

Her dancing shoes and a split of champagne awaited her as she left this world as we know it. I’m sure the angels were baking cupcakes just for her; which is what she thought happened when the sky turned pink during a sunset.  She would look up to the sky and say with certainty, “Oh look, the angels are baking cupcakes today.”

You were everything we needed mom and there is no one who compares to you for us! xx/oo