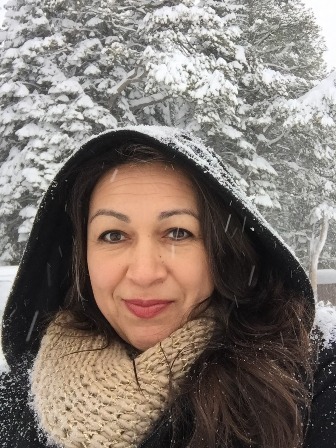 Sandra L. Galicia passed away on March 6, 2017 in Torrance, California at the age of 40. She battled colon cancer and fought to the end. She leaves behind her husband Juan Navarro; her daughters Alexia, Karla and Jessica Navarro and her son, Juan Navarro Jr. Sandy was a loving and caring mother and wife always dedicated to her family. She was always involved in her children's education and was a role model to them. Her children now have an Angel watching over them. She will always be loved and remembered. Those who were fortunate to know her were always touched by her kindness and beautiful smile. Sandra was born on June 8, 1976 in Los Angeles California, to her father Ubaldo Galicia and mother Maria Galicia (RIP). She grew up in a large, loving family with four sisters and four brothers. She excelled in her studies obtaining a Bachelor's degree from University of Phoenix. Sandra married Juan Navarro on December 10, 2006 in Las Vegas, Nevada. They met in 1997 and started dating in 1998. They lived in Inglewood, California since 2002 where they've raised their four beautiful children. Sandy was a driven professional with a passion in public education working for the Lennox school district as a preschool instructional aide. She also worked for the Hawthorne school district as an Instructional Aide for Special Education. When diagnosed with colon cancer in 2016, she remained dedicated in her work and in her will to fight her illness. She remained a brave, iron-willed woman, even throughout her final months. Sandra's wishes were to be cremated. Her viewing will be held at Lighthouse Memorials and Receptions, 1016 W. 164th St. Gardena, California 90247 on Sunday, March 12, 2017, from 4:00pm to 8:00pm. On Monday March 13, 2017 a mass will be held at St. John Chrysostom Church, 546 E. Florence Ave. Inglewood, California, at 11:00am. The Navarro Galicia family is very thankful for all the support, condolences and prayers received during these difficult times.