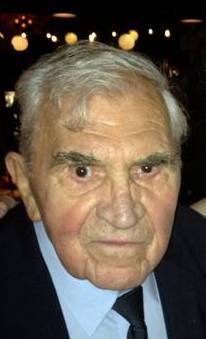 Sandor Dobos-Bubno Sandor 'Alex" Michael Dobos-Bubno, a 50 year resident of Torrance, passed away on Friday, June 13, 2014. Born in Miskolc, Hungary, Sandor was 86 when he died. Sandor was an Army veteran, honorably discharged at Fort Bragg in 1956. He earned a BS degree from UCLA in 1970, received national engineering honors and was a member of Tau Beta Pi. Sandor retired from a long career at Northrop (Grumman) in 1993 after 35 years as a lead aerospace engineer and continued independent contract work. He is survived by his six children, twelve grandchildren: David and Margaret Dobos and their daughter Katharine of Tustin Hills, CA; Diane Dobos-Bubno of Torrance, CA; Thomas Dobos-Bubno and his daughters Michelle and Jennifer of Aliso Viejo, CA; Robert Dobos-Bubno and his children Chasen, Camrynn, and Candace of Torrance, CA; Stephen and Brooke Dobos-Bubno and their children Gage and Summer of San Clemente, CA; Christine and Bob Vrklan and their children Kieran, Elek, Annika and Klara of Carlsbad, CA. Alex leaves his brother György and numerous relatives in Hungary. He was preceded in death by his wife of 56 years Gertraud Maria Dobos-Bubno (March 7, 2011). A gathering and rosary service were held at Rice Mortuary on June 19, 2014. The Mass was celebrated at St. James Catholic Church on June 20. 2014. His final resting place is at Green Hills Memorial Park.