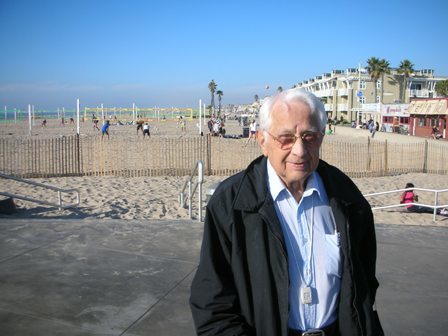 Samuel L. Lopresto July 11, 1925 - April 6, 2017 Sam was born 1925 in Salt Lake City Utah and passed away at home in Torrance California on April 6, 2017. Sam served in World War II. He enlisted in the Navy and was dispatched alongside the 1st Marine Division when they landed on Peleliu island. Served as a "Ship to Shore" radioman in an experimental group called GROPC 8/9. After the war Sam reenlisted in the US Army. He spent six years stationed in Paris France. Sam was one of the lead people in forming the Comms Division at SHAPE Headquarters. This is also the time that Sam met his wife Marcelle and raised two boys, Robert and Danny. After his tour in the Army, Sam later enlisted in the US Air Force where he retired in 1967 after 20 years of service. Sam retired with Honorable Discharge. In Sam's civilian life he was one of the top Numismatic dealers in the nation. He learned about coins and the art of making a living buying and selling coins while stationed in Paris France. He was so successful and trusted that he owned one of the biggest coin/stamp/sports card shows in America located in Long Beach California. Sam was a private man, but had plenty to say once he was among friends and family. Sam was always courteous and friendly among strangers. He was very wise when it came to world affairs and politics and always stood his ground with what he believed in. He was a Patriot who loved America. Sam was a husband, father, Veteran. He is survived by his two sons Robert and Danny. His wife passed on in 1981.