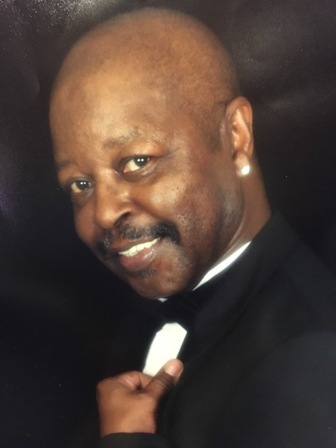 Sam (Sammy) Hobdy, beloved husband, father and grandfather, passed away in his sleep January 11, 2017 after a long battle against cancer. He was born in Clio, Alabama to Clayton Hobdy and Oralee Bradley. One of three brothers, he is preceded in death by older brother Walter Lewis Hobdy. Sam grew up in Chicago, IL and was educated in Wisconsin where he played football and was included in his school's Hall of Fame. After completing military service, Sam moved to California where he enjoyed the perfect weather and began a career in computers. He worked at Unisys as an emergency systems recovery specialist for over 25 years before retiring in 1999. In 1998, Sam met his wife Deloris and they were married in 2002. Sam was a devoted sports fan and happily shared his athletics expertise as a track-and-field and basketball coach for his daughter Jennifer, as well as a baseball coach for his grandson Marquise. Sam also loved to play games: you'd often find him in Vegas at the blackjack table, or at home shooting billiards, winning at Bid Whidst, or engaging in a "friendly" game of dominoes, all while schooling his opponents in a masterful display of how each game was supposed to be played. Sam's next passion was following politics and current events. With his morning cup of coffee, he'd read his daily newspaper or catch his favorite news broadcast (MSNBC). As a result, he could engage in a lengthy, in-depth discussion with just about anyone about any topic. Although private, Sam was undeniably a people person: he loved to chat, debating important issues or just sharing a good joke. Holidays and family gatherings provided wonderful opportunities to talk and laugh, while he prepared one of his many gourmet dishes. His sense of humor, wit, wisdom and generosity will be greatly missed by all of those who knew and loved him. Sam leaves behind his younger brother Horace Turner of Milwaukee, WI; his aunt Edna Kairson of Chicago, IL; his wife Deloris Hobdy of Inglewood, CA; his son Kelvin Hobdy, his daughter Jennifer Hobdy (Matthew Lepore) of Brooklyn, NY; his step-children: Keith Jones (Constance) of Inglewood, CA; April Collins of Compton, CA; and Cory Jones of Las Vegas, NV. His grandchildren: Aaron and Autumn Jones, April Parker and Marquise Miller. His aunt Dorothy L. Gaters of Maywood, IL; special friend Mary J. Franklin of Maywood, IL; brother-in-law, David Perry (Precisce) of IL and sister-in-law Sandra Pam of MN as well as a host of nieces, nephews and cousins. Sam's interment will be a graveside service at Riverside National Cemetery at a later date. His family would like to thank everyone for their prayers and condolences.