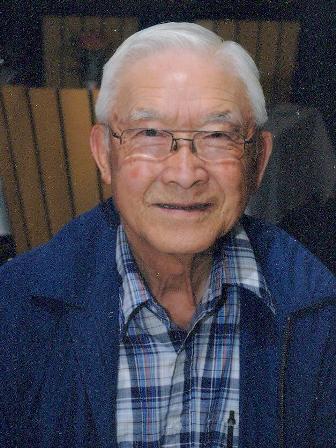 Samuel Tetsushi Hirasawa, resident of the South Bay Area for 60 years, passed away on Thursday, January 14, 2016 in Torrance, California. Born in Scottsbluff, Nebraska, Sam was 88 years old. He was raised in Lander, Wyoming, graduated high school in Lander, and was a graduate of the University of Wyoming. He was on the wrestling team at the University. Sam worked as a Mechanical Engineer for various Aerospace companies. He enjoyed golf and fly fishing and was a sports fan of golf, basketball, football and fly fishing. He is survived by his wife Peggy (Inagi) Hirasawa, stepdaughter Stacie Eastridge (Chad), step grandson Quentin; stepson Daren Arai (Yumi), step grandsons Cameron and Caden. He was preceded in death by his parents George and Kazuyo (Nakamura) Hirasawa and six brothers: Walter, Carl, Paul, Bill, Bruce, Ken; one sister Eleanor. He is also survived by sisters-in-law Rose (Lander, Wy), Keiko (Torrance, CA), Taeko (Torrance, CA) and many nieces and nephews.