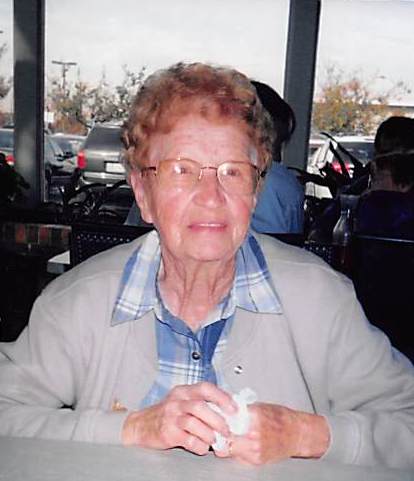 Ruth Marie Willett Tanner, 89, of Lawndale, CA passed away peacefully on January 28, 2018 after a brief battle with cancer. She was born in Madison, NY on January 4, 1929. She is preceded in death by her parents Clarence Willett and Angeline Hollowell Willett and her sister Mary Lou Dempsey. Ruth graduated from Waterville High School and married Almon Merritt Tanner on July 3, 1948 in Waterville, NY. In 1956, with their two young daughters, Ruth and Almon moved to Lawndale, Ca. Ruth was initially a homemaker and later worked for the Lawndale Elementary School District, Mattel, and Hughes Aircraft. In retirement, Ruth remained active and busy in her community. She served as the Membership Chair of the Lawndale Senior Travel Club and was a member of the Lawndale Senior Advisory Committee and the South Bay Quilt Guild. Ruth received awards from the City of Gardena and from Meals on Wheels for her Volunteerism. She also enjoyed playing Bingo and Bunco, crafting, knitting baby blankets, and gardening. Ruth is survived by her two daughters, Elizabeth (William, deceased) Shiozaki and Carol (Charles, deceased) Persinger of Redondo Beach, and her grandchildren Eric (Heather) Shiozaki and Kimiko Shiozaki (John Molinari). She was also a loving “GG” to her great-grandchildren: Cameron, Ava, Mirai and Baby Shiozaki (due Feb). She also leaves behind sisters-in-law Anne Tuttle Tanner Guitar, Gertrude Kelley and Lavina (Fred) Reilly, as well as several nieces and nephews. She was predeceased by her husband, Almon, in 1990. There will be a memorial service held for Ruth at Rice Mortuary at 5310 Torrance Blvd in Torrance, CA on Saturday, February 24, 2018 from 11:00 am - 2:00 pm. In lieu of flowers, please consider donating to Torrance Memorial Hospice(Torrance Memorial Hospice, 23326 Hawthorne Blvd, Suite 100, Torrance , CA 90505).