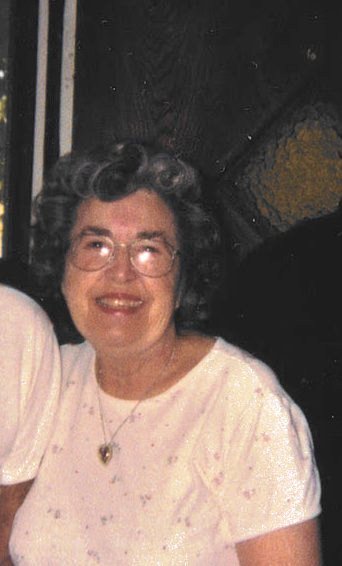 Ruth Marian DeHart On April 17, 1931 in a little house in Redondo Beach, CA, Ruth Marian Jeanplong was born to Francis Marion and Anthony John Jeanplong. Mom used to ride a neighbor’s horse up and down Redondo Beach streets and past her house. She also enjoyed riding her scooter up and down the sidewalks-especially the hilly ones-until the bolt came out and it fell apart, leaving her sliding down on her hands and knees. Grandpa Jeanplong fixed it and she was off again. Mom graduated from Redondo Union High School in 1949 and had enjoyed singing in the Glee Club. She joined a community musical theatre group and was in the musical called, “Naughty Marietta”. In the video you’ll see her among the cast-she has a big hat on. Mom tried to work as a telephone operator, but disconnected people when she plugged into the wrong place on the switchboard. She worked in a hinge factory for a while. Mom thought about joining the Air Force, and probably would have, if a mutual friend of her parents and the parents of a young Navy veteran hadn’t introduced the two of them. On July 28, 1951, mom married Donald Wayne DeHart and moved to Torrance, CA. In 1952, I Suzanne Marie was born, followed by my brother, Chris Avery in 1953 and my sister, Annette Denice in 1958. Mom usually was pretty even-tempered but could have a temper like everyone else. Anytime we went anywhere, mom was the navigator. She had a great sense of direction. Eventually, mom’s body started to get tired, so God decided it was time for Him to be the navigator, so He led her away from all her pain and discomfort. Mom’s suffering ended on May 25, 2018. Mom is now free to fly with the eagles. I love you, Mom and miss you a lot.