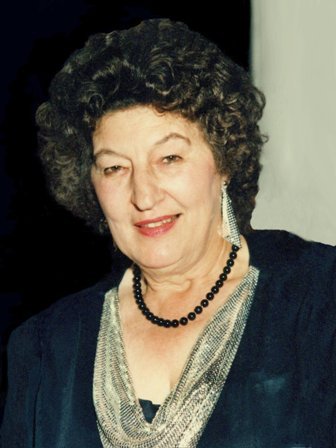 Ruth Florence Di Tomasso August 25, 1923-August 29, 2014 Ruth passed away at age 91 in Torrance, CA. Born in Chelsea, MA to John and Marie Momian, she was the youngest of four children. She was raised in Brooklyn, NY and graduated from the Brooklyn School of Nursing. She met veteran Nicholas C. Di Tomasso at a USO dance at Fort Hamilton, Brooklyn. After their marriage in 1948, they resided in the Brooklyn area where their first child, Joan, was born. After a short stay in Providence, RI, they headed west to Hawthorne, CA where they bought a home and raised their three children. Ruth loved Jesus Christ, Bible studies, nursing, volunteering in her church and working with the Red Cross. She was creative in crafts and sewing. Her passions included cruises, traveling, ballroom dancing with Nick and cooking. She spent her last 14 years at Spring Assisted Living in Torrance where she smiled and blew kisses. Ruth was predeceased by her husband of 53 years, Nick. She is survived by her children: Joan (Van) Fleetwood, Lila (Tim) Correa and Don Di Tomasso and by her five grandchildren: Daniel Fleetwood, Lisa (Derek) Johnson, Christopher Correa, Karissa (Stephen) Calderon and Carly Correa. Her two great-grandchildren are Stella and Calen Johnson. Ruth's memorial service will be held at White and Day Colonial Mortuary , Redondo Beach, CA on September 6th, Saturday, at 10:00AM.