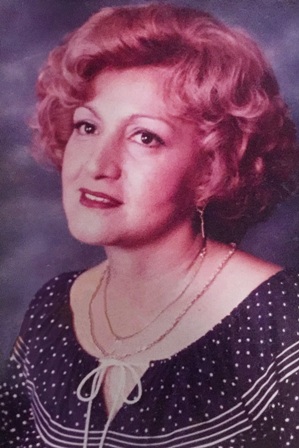 Ruby Alicia Hernandez Bejarano passed in her home on Monday September 18, 2017, in Torrance California due to complications following a long battle with cancer. She was 79. Ruby was born on April 23, 1938 in Chaparral, Colombia, South America to her parents, Jesus and Rebecca Hernandez. She met the love her life, Pedro Bejarano and they were married December 6, 1958. Ruby and Pedro had their first three children Gladys, Richard, and Silvia in Colombia, South America. Immigrating to the United States in 1964, Ruby embraced her career as a cosmetologist, retrained in Flushing Meadows, New York, earning licensure to continue her Arts in Hair Design. In 1965 Ruby and Pedro had their fourth child, Fernando. Ruby loved her clients and work. She was often recognized for her creativity and attention to detail. She entered and won many awards at Regional Hair Design competitions. Ruby is dearly missed by friends and colleagues alike. Ruby's influence and love is also recognized by her commitment and participation in the church at Our Lady of Guadalupe. Strong in spirit, Ruby's presence and support will be deeply missed. Preceding Ruby is her sister Silvia and her brother Jairo. Left to honor Ruby and remember her love are her husband Pedro Bejarano and her four children, Gladys Alicia Jennewein (Bejarano), Richard Bejarano, Silvia Judith Minshall (Bejarano) and Fernando Bejarano, her twelve grandchildren, her siblings, Anabeiva, Alvaro, Jesus, Irma, and Rosie and many nieces, nephews and in-laws. Family, friends and others whose life Ruby has touched are invited to a viewing from 5:00 to 9 p.m., Thursday, September 21st at Rice Mortuary, 5310 Torrance Blvd, 90503. A rosary will be said at 7 p.m. Flowers can be donated to the address above, however if you would rather, a donation can be made in Ruby's name to Our Lady of Guadalupe, Father Jamie. Funeral services will be held at Our Lady of Guadalupe Church, 244 Prospect Ave, Hermosa Beach, 90254 on Friday September 22nd at 1:30 p.m. The burial will take place after at Green Hills Momorial Park. 27501 S. Western Avenue, Rancho Palos Verdes, 90275. A celebration of life will be announced at a later time. Ruby loved bright and vibrant colors and would rather have guests dress in cheerful colors if you are able. However, we all know Ruby would appreciate the outpour of love and support no matter your attire.